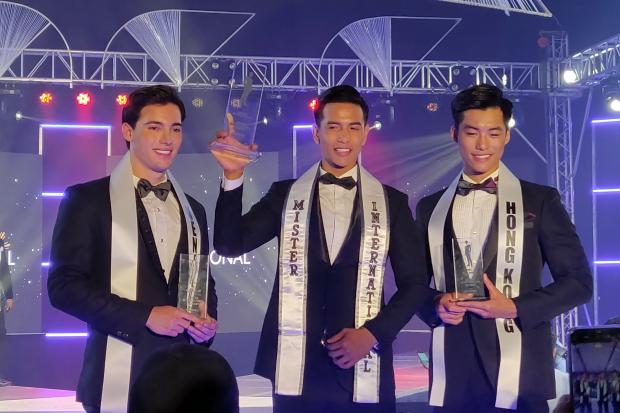 MANILA, Philippines — Trinh Bao of Vietnam was proclaimed 2018 Mister International in ceremonies staged at One Esplanade at the Mall of Asia complex in Pasay City, Sunday night.

Bao bested 38 other aspirants for the title in the 13th edition of the global competition for “distinctly handsome” men from around the world.

Sunday’s competition is still technically the 2018 edition even if it was already held in 2019.

The first time the Philippines hosted the Mister International contest was in 2015, where the first Filipino winner Neil Perez relinquished his title.

The 2018 delegates participated in activities that ran for more than one week, some of them even visiting the province of Ilocos Norte.

Joining in the winners’ circle were first runner-up Francesco Piscitelli of Venezuela and second runner-up Walk-in Kwan of Hong Kong.

The Philippines’ Mark Kevin Baloaloa finished in the Top 5 along with Czech Republic's Jiri Kmonicek. 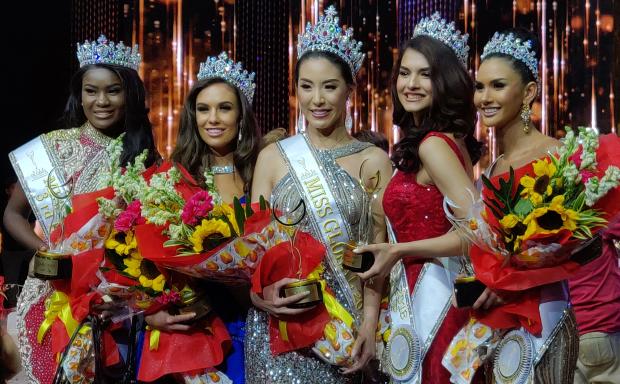 The pageant staged its coronation ceremonies at the Newport Performing Arts Theater of Resorts World Manila in Pasay City on Monday night. The program ended past midnight on Tuesday.

This is the third edition of the global tilt to be held in the Philippines. It was previously hosted here in 2015 and 2016.

Pauline Sofia Laping, chief executive officer of the Miss Global Philippines organization, has just recently signed an agreement with the global team, which officially welcomed her to the international organizing committee.

While she said that her new role would make her even busier, “my commitment to the Miss Global Philippines family will stay the same. I will continue to make it better even if I have a bigger responsibility now,” she told the Inquirer.

She also revealed that the 2018 edition was moved to February 2019 because of internal issues regarding the ownership of the global pageant that needed to be resolved.

A person she declined to identify hacked the international organization’s online portals and claimed ownership of the global tilt.

After the issue was settled, the international organizers reached out to their global partners and were able to bring over 40 contestants to the 2018 competition.

Barbara Vitorelli, the 2017 winner from Brazil, relinquished her title to Ng.