Black Beauties Matter - Was Miss Universe Racist Against Blacks In 2002? 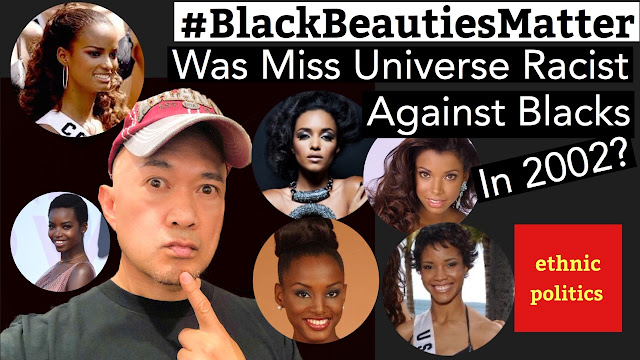 In an unprecedented move the Miss South Africa Organisation on Sunday released a statement in which it strongly condemned an article published in a Sunday newspaper.

According to the organisation it’s "appalled with the article that appeared in City Press" on Sunday, 14 June titled "Is She or Not?" in which the publication speculates whether reigning Miss South Africa, Sasha-Lee Olivier is pregnant or not.

The source of the speculation is based on a photo of the South African beauty that was published on Instagram showing Sasha-Lee sitting at a bar in a mustard-yellow dress.

According to the Miss South Africa Organisation a City Press journalist contacted them on Saturday asking for comment on the "rumours" which they categorically denied.

"The Miss South Africa Organisation replied, stating categorically that Sasha-Lee is not pregnant. It was left at that. We did not condone entering into any salacious debate about Sasha-Lee’s body given the degrading and discriminatory intentions of this article," the organisation said in a statement.

City press wrote: "If it’s true that there is a bun in the oven, it would be the first big scandal to hit South Africa’s most popular pageant. She would have gone against the pageant rules, which are quite clear that you cannot be pregnant when you enter – or even after – you are crowned."
The publication also published comments from "former Miss SA coordinator Thobile Sithole" echoing the statement that it would go "against international standard rules".

The organisation added: "In a week in which President Cyril Ramaphosa speaks out against Gender Based Violence, the Miss South Africa Organisation is horrified about the story and would like to put the following on record: Sasha-Lee Olivier is not pregnant. City Press was told this in no uncertain terms.

"The article is pure body shaming, implying that if Sasha-Lee is not pregnant then she is fat. Let us put it on the record that Sasha-Lee Olivier is a real person and is deeply hurt by what appeared.

"As part of the 2019 campaign, Sasha Lee stood as an advocate for fuller figure women and expanded on the organisation’s prior representations of beauty. We as an organisation stand strong with Sasha Lee with this understanding of beauty and do not take lightly to any form of body shaming and discrimination which is intended to disempower and humiliate her.

"The Miss South Africa Organisation will be taking legal advice and action."

Sasha-Lee personally responded to the article in a live broadcast on her Instagram on Sunday night. "I know I’m not pregnant. I know who I am. I am comfortable in my skin," she said.

Adding: "I’m speaking up not for myself but for every single person I represent on this platform. It’s not even about weight. It’s about every girl that hasn’t felt comfortable or like she does not fit in. You don’t have to fit in. Just be yourself. That’s all and that’s enough.

"I’m so disappointed in the fact that we’re supposed to be building each another up but we choose to break each other down. I hope this is a teachable moment for every single one of you. You have a responsibility to use your platform to build and lift each other up. Let’s focus on what’s important."

Channel24 reached out to City Press for comment. The publication declined to immediately respond to the statement from the Miss South Africa Organisation. 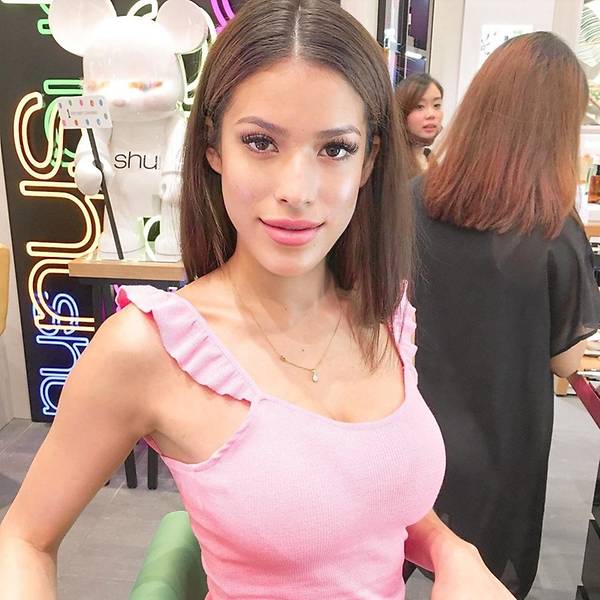 Samantha Katie James, who won the title in 2017, caused a furore by saying African-Americans "chose to be born as a coloured person in America".

MUMO said that James’ views were her own and not affiliated with the organisation. They added: “MUMO stands for a non-racial society and strongly condemns all acts of racism and prejudice anywhere in the world.”

The statement comes after James caused a furore online with her comments on the Black Lives Matter protests in the US, following the death of George Floyd.

James, who won the title in 2017, posted her thoughts on her Instagram Stories on Monday afternoon, reported the Malay Mail. She wrote: “I don’t live in America, it has nothing to do with me, but to me, it seems like the ‘whites’ won.”

“If you’re angry, you respond in rage and anguish and that means it has power over you. They have power over you,” she added. “Foolish humans.”

She later posted again on her Stories, saying: “To the black people, relax, take it as a challenge, makes you stronger. You chose to be born as a ‘coloured’ person in America for a reason. To learn a certain lesson. Accept it as it is, till now hunger and poverty still exists. It is what it is. It’s inevitable. Best you can do is remain calm, protect heart, don’t allow it to crumble. That’s your responsibility.”

Understandably, social media users were incensed with her remarks, with one user questioning her assertion that black people “chose” to be born so.

James posted her reply to the DM on her Stories, in which she explained: “Like our souls chose this life, this country, this race, this human form specifically for a reason. I always wondered why I was born in Malaysia as a white girl with a Chinese mum and Indian grandparents and a Brazilian dad. But I chose this all for a reason, as a soul.”

Many users are still calling her out for her comments, with one person saying, “Imagine telling black people to ‘just relax’ as if this isn't something they've been dealing with for YEARS. you should've just sat there and ate your food.”

Another user commented on James’ recent post: “No one CHOSE to be born a certain color. Black people have been protesting for YEARS and yet they still get racially profiled and killed because white privilege allows it. Perhaps don’t comment on things you don't have any clue of?"

George Floyd: Outrage after former Miss Universe Malaysia says black Americans should ‘relax’ as they ‘chose to be born coloured’