Watch my latest vlog where I react to Miss Earth 2020 virtual pageant. Click the banner to take you to the link. 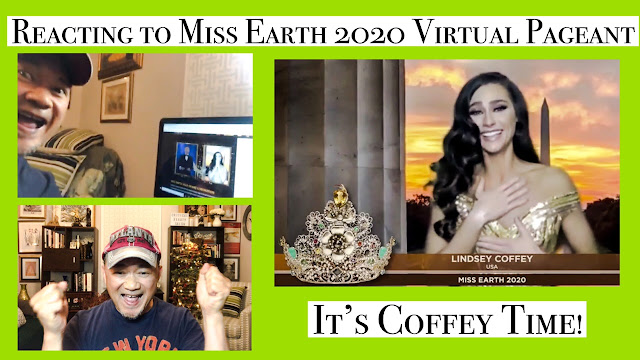 I am so glad to have taken part in the Miss Earth 2020 Virtual Press Conference via Zoom that took place on Nov. 29, 2020 - a day after the virtual pageant that was live streamed from Ktx.ph and Facebook. I was able to ask a question to the newly crowned Miss Earth, Lindsey Coffey from the USA!  I appear starting at 47:53. Thank you to Carousel Productions/Miss Earth Organization for arranging this virtual conference and for permitting the media to record the meeting. 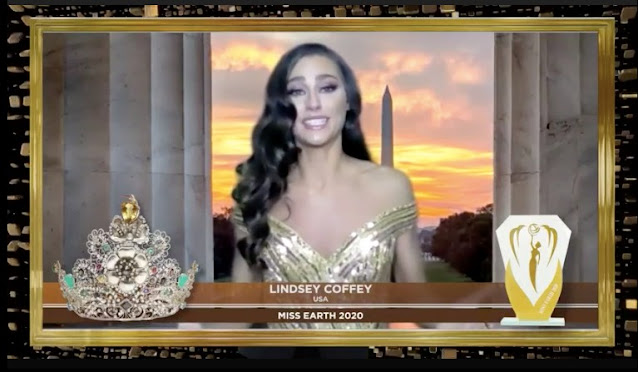 MANILA (UPDATE) - Lindsey Coffey from the USA was in tears after being named Miss Earth 2020 in a virtual coronation ceremony held Sunday morning, Manila time.

Coffey, 28, was in initial disbelief after learning about the results.

“That is one of the best surprises I have ever received in my life. I am so shocked right now,” she said.

“Honestly, I did not even think that I had enough to really do this because I am so brand new to all of this. I had no idea what I was getting myself into. But from the very beginning, the stars seemed to have aligned. Even though I had some doubts, all my supporters, my team knew I was on the right track. To actually have this come true, it’s pretty remarkable." 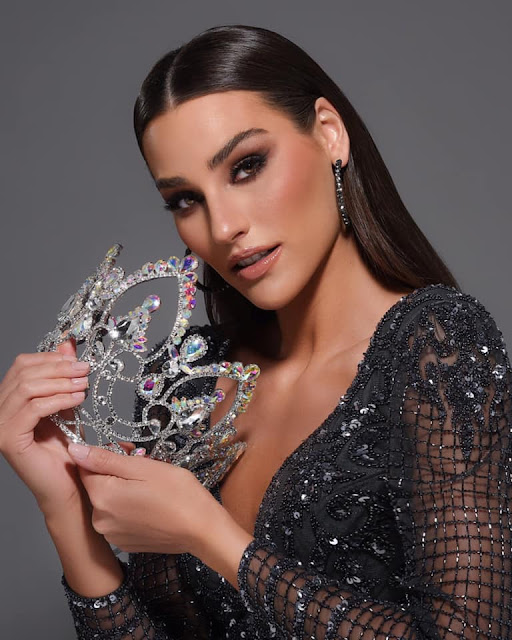 Baeyens of the Philippines said she is grateful for the entire experience and to the Miss Earth Organization for letting them speak up about their environmental advocacies.

“I can’t wait for me and my ecosisters to have an amazing journey. Thank you for the love, and always spread love for Mother Earth,” she said.

Saying the Miss Earth 2020 win means so much to her, Coffey assured everyone she will pour her heart and soul into the new journey she’s about to embark on.

Based on her profile on the Miss Earth website, Coffey’s main advocacy is turning to ecological restoration, contour farming, rainwater harvesting, and desalination in order to combat the water pollution crisis on Earth.

Watch CB Director Rafa Delfin's latest vlog where he discusses the controversy surrounding Miss Universe Colombia 2020, the war of words between Miss Universe Mexico 2019 Sofia Aragon and her national director Lupita Jones, and why he has not created a List Of Favorites for Miss Earth 2020. 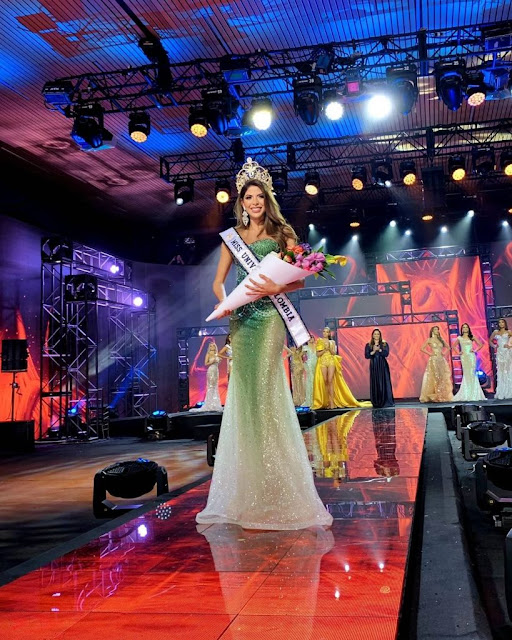 Laura Olascuaga, 25, of Bolivar, will be Colombia’s delegate to the Miss Universe 2020 pageant which will be held next year. A crowd favorite, Laura has shown immense dedication in winning the title. She holds a degree in Social Communication and Journalism from Universedad del Norte.

Two years ago, Laura retired from Señorita Colombia 2018 due to personal reasons. According to an interview by angelopedia.com, Laura said that she is very blessed and thankful for all the opportunities she has received.

I am very happy with the contest, I am very grateful for everything I learned, but another contest would be too much. That opportunity must be for someone who really wants … Obviously I prepared myself, like everyone else, to be Miss Colombia, and I had won, obviously I would have continued with the whole process,” Laura said. 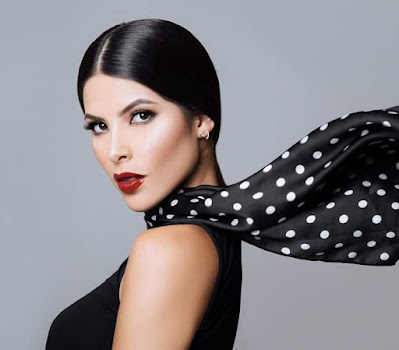 Miss Universe 2018 Catriona Gray, who served as one of the judges in the finals, congratulated all the winners and to the new queen. “Excited to see how you will share your beautiful country to the Universe.” 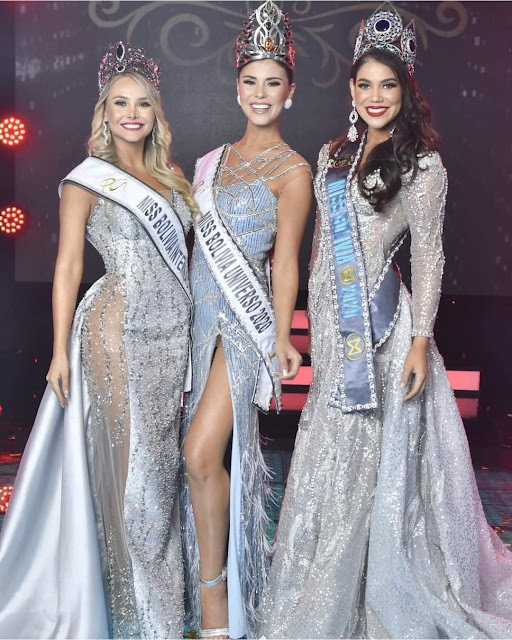 Watch CB Director Rafa Delfin's Recap & Review of Miss USA 2020. Click the banner to take you to the link. 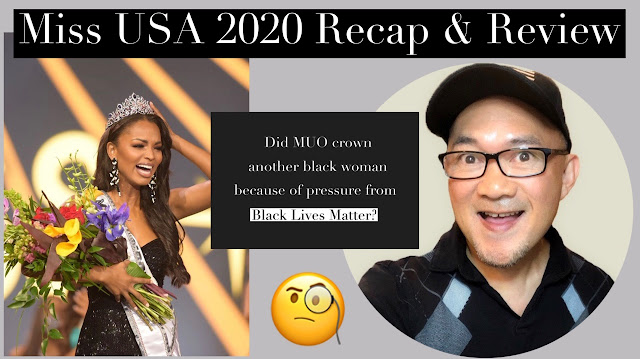 A 22-year-old woman from Mississippi was crowned the winner of Miss USA's 2020 pageant.

The beauty pageant aired Monday night on FYI after being postponed months from its original spring date due to the coronavirus pandemic. The live show took place at Elvis Presley's Graceland in Memphis, Tenn. Asya Branch was crowned by reigning Miss USA 2019, Cheslie Kryst, 29.

Branch was reportedly the first African American to be named Miss Mississippi. She comes from Booneville and has plans to relocate to New York City for her new duties, according to People magazine.

Branch discussed her stance on gun laws in a final statement before judges crowned a winner. The Mississippi native has been outspoken in the past about her passion for criminal justice reform, even previously attending a roundtable discussion on gun reform with President Trump in 2018, acccording to reports.

"As someone who grew up in a home with guns, I learned at an early age how to load, how to fire, and gun safety. I think that education should be available to everyone," she announced Monday night. "I believe that we should require people to pass training and safety courses before they're allowed to purchase a gun and before receiving a permit. I think it's important that we not ban guns...but I think it's our Second Amendment right and we just need more safety surrounding that." 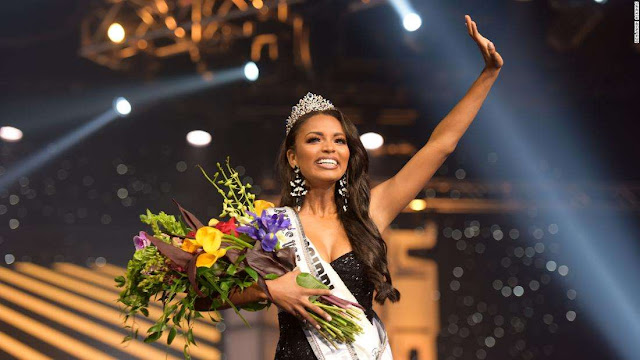 Branch, who graduated from Ole Miss, also performed the national anthem at a Trump rally in her home state in October 2018, reports said.

"I think this is an issue of trust," Branch responded. "We've lost trust in the systems that seem to keep our country running, from the media to business to our government. And it's all about restoring that trust and coming together and working together to heal and trust in these systems. If we want to continue to be the greatest nation, we're going to have to set a better example."

Both Miss USA and Miss Teen USA competitions are usually held annually in the spring and early summer months. However, due to the coronavirus pandemic, the popular events were placed on hold.

In August, the Miss Universe Organization told Fox News that both competitions would air live from Memphis, Tenn., in November and The Guest House at Graceland, a AAA four-diamond resort and hotel will serve as the host site of the soiree. Miss Teen USA reportedly was held on Nov. 7.

“The Miss Universe Organization and the team at Graceland have created an innovative event that prioritizes the health and safety of the contestants, audience, and crew who will join us in Graceland,” said Paula M. Shugart, president of The Miss Universe Organization, to Fox News in August. “We look forward to crowning a new Miss USA and Miss Teen USA in the historic city of Memphis.”

Last year, Kryst, a practicing attorney, became the oldest woman to hold the Miss USA title. In August, she discussed how, over time, the global health crisis allowed her to become an integral voice for issues that have drawn great attention.

“Being Miss USA has afforded me the opportunity to be an advocate for issues that deserve attention, including criminal justice reform and racial inequality,” said Kryst, who won the title hailing from North Carolina. “I am proud to continue the legacy of national titleholders who speak up and encourage change, and I look forward to supporting the next Miss USA and Miss Teen USA in doing the same.” 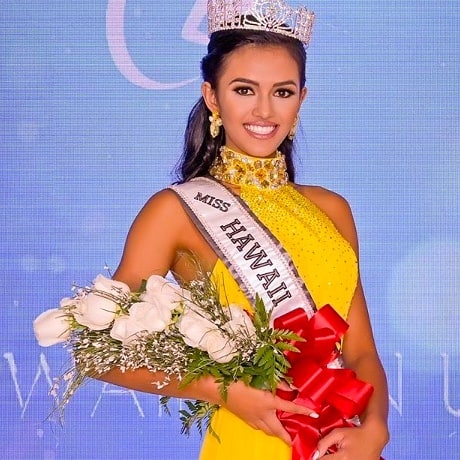 Months after the competition was postponed due to the coronavirus pandemic, Ki'ilani Arruda earned the crown in a competition that aired live on Saturday from Elvis Presley’s Graceland in Memphis, Tennessee.

Arruda beat out 50 other contestants to claim the title — including first runner-up, Miss Oregon Shayla Montgomery, and second-runner up, Miss Georgia Shayla Jackson — before being crowned by her predecessor, Miss Teen USA 2019, Kaliegh Garris.

Arruda is currently a freshman at the University of Puget Sound, studying molecular and cellular biology, and minoring in Spanish. "Ki'ilani's younger brother was diagnosed with Autism at the age of two. Because of her experience as a loving older sister, she wants to advocate for Autism Awareness and recently received her Registered Behavior Technician License," the Miss Hawaii USA website states.

Originally slated for spring 2020, the Miss Teen USA competition had to be postponed earlier this year due to COVID-19.

In August, PEOPLE exclusively reported that the show would go on in front of a live studio audience with a "significantly reduced" capacity and follow local safety guidelines. A spokesperson previously said "we are planning for all staff, contestants and crew to be tested before leaving for Memphis, and tested again when they arrive on site."

"We will also be conducting health screenings before every event, social distancing as much as possible and using working groups to keep the number of interactions low, all under the guidance of medical professionals," the spokesperson added. "Additionally, audience capacity will be significantly reduced, in accordance with local protocols."

Saturday's show was hosted by Miss Teen USA 2005 Allie LaForce and Miss USA 2019 Cheslie Kryst. A total of 51 teens — hailing from all 50 states plus the District of Columbia — competed for the coveted title. 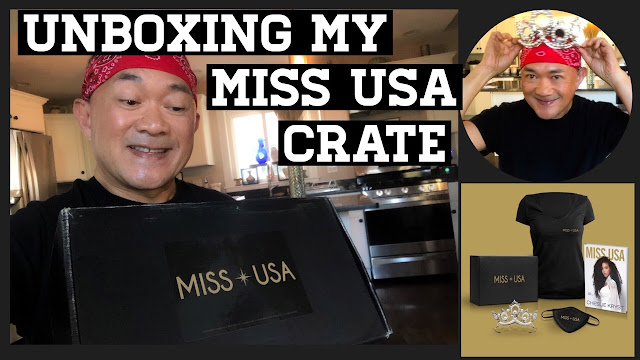