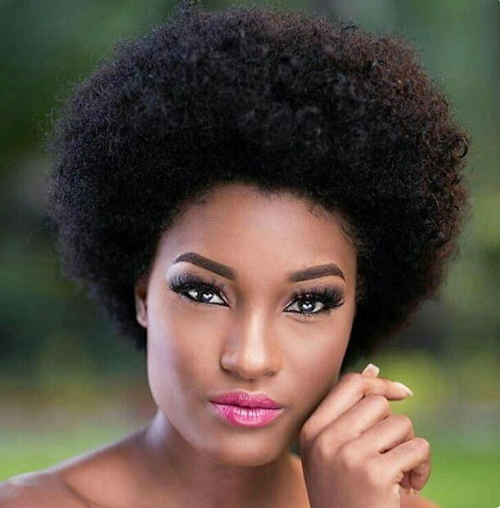 Davina Bennett, a 21-year-old model representing D'Marie Institute, was crowned Miss Universe Jamaica 2017 during a finale held on Saturday, August 26, at the Jamaica Pegasus Hotel. She will now represent her island country in Miss Universe 2017 pageant  to be held in Phoenix, Arizona on November 26. The first runner- up is Jennae Jackson and the second runner-up is Sara-Jade Kow. 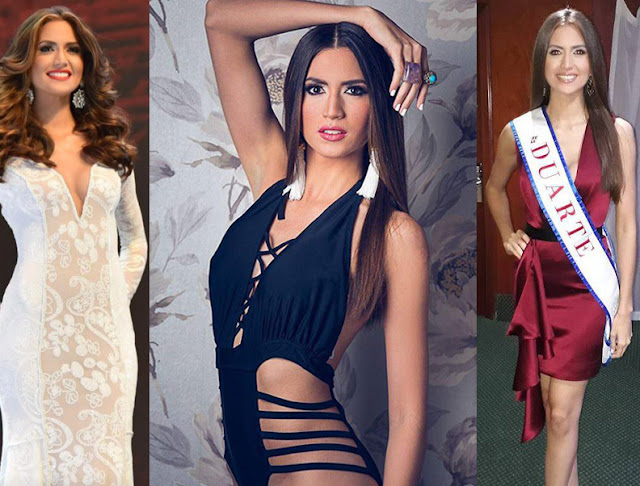 Carmen Muñoz, Miss Duarte, has just been crowned Miss Universe Dominican Republic 2017  at the Gran Teatro del Cibao in Santiago de los Caballeros on August 26. She will now represent her country at the 2017 Miss Universe pageant to be held on November 26 in Phoenix, Arizona. 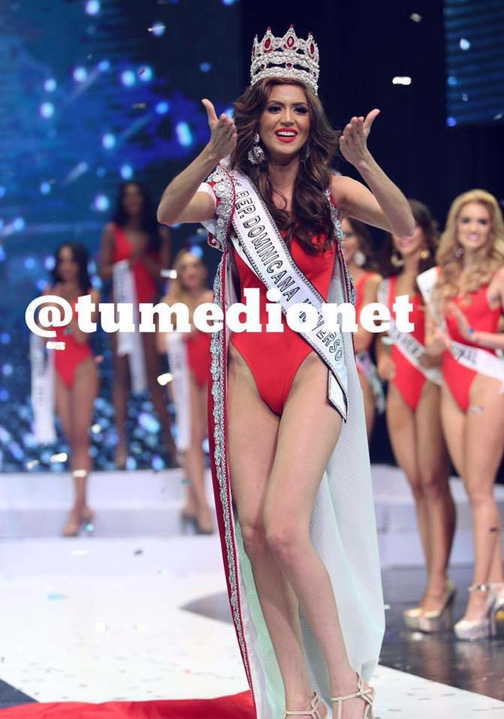 
Last May 6, 2016, Critical Beauty published a report on pageant organizer Derrick Lee, who had been accused of consumer fraud by pocketing charity money, among other things.

Critical Beauty has recently received an update from Kimberly Holliday Triani who had initially launched the investigation on Lee's unethical business dealings. On her Facebook page, Triani posted the comprehensive update. With her permission, we are reposting it for our readers:


A JUDGEMENT HAS BEEN ENTERED AGAINST DERRICK LEE IN VIOLATION OF THE CONSUMER FRAUD ACT!!

I had always believed that the TRUTH would eventually come to light. For those of you not familiar with the situation, Derrick Lee of Team DQ Pageant Prep and Image Consulting was a director for the Illinois pageant of one of the world's top systems. In March 2015, he took it upon himself to host a photogenic competition as a fundraiser for Lurie Children's Hospital during which he raised thousands of dollars that was supposed to go to helping families of sick children.

The story was featured twice on CBS Channel 2 Chicago. ( http://chicago.cbslocal.com/…/2-investigators-pageant-orga…/ )

For almost two years Derrick Lee of Team DQ Pageant Prep and Image Consulting, (and according to his Facebook profile is an affiliate of Miss Globe US Pageant, Miss Latina World Pageant, Miss Bikini US Pageant, and American Model & Pageant Magazine) has defamed our family name and our family business. For the past two years Derrick Lee proclaimed his innocence and stated he never stole the money he collected for Ann and Robert H. Lurie Children's Hospital and that I had fabricated this story because he didn't want to use our company as a sponsor again. On August 22, 2017 the TRUTH CAME TO LIGHT!!!!!!!!!!!

#1. Our business was NEVER going to do business with Derrick Lee again. We do not engage in business practices with ANY company or individual that does not uphold common core values including integrity, honesty, and compassion. Knowledge and understanding of the very most basic human values is of basic importance to any human in the world, to make TRULY responsible decisions, and to give a responsible direction to one's life; and also to give a truly responsible direction to the development of our children. Derrick Lee does not embody the core values that our family and/or our business lives by. Anyone that would steal from sick children has some major soul searching to engage in. It is also our belief that any company working with Derrick Lee with the knowledge of his activities is complicit in allowing his behavior.

ESPECIALLY IN THIS INDUSTRY IN WHICH WE ARE SUPPOSED TO TEACH OTHERS THE SPIRIT OF PHILANTHROPY AND THE POWER OF GIVING BACK!!!!!! THOSE ENGAGED IN CONSUMER FRAUD HAVE NO BUSINESS IN THIS INDUSTRY!!!!!!!!!!!!!

Logistically speaking, we should also point out that Derrick Lee's contract was terminated with the aforementioned pageant system, so in reality there was no sponsorship for him to supposedly pull from us anyway.

#2. On August 22, 2017 a permanent injunction and restitution were ordered against Derrick Lee. In the judgement (which was signed by Derrick Lee)

* Derrick Lee stipulates that he solicited and collected monies from members of the public as part of the Miss Photogenic Competition.

* Derrick Lee stipulates that he solicited and collected these monies for the benefit of the Ann and Robert H. Lurie Children's Hospital.

* Derrick Lee stipulates that he solicited and collected AT LEAST $3000.00 from members of the public during the Miss Photogenic Competition.

* Thereby Derrick Lee was ordered to pay $3000.00 total in restitution to the Ann and Lurie Children's hospital.

* Derrick Lee signed the agreement and has 5 months to pay back the money or may face criminal charges.

#3. INNOCENT people don't sign a document stipulating these facts and agree to pay back $3000 in damages to a hospital they didn't steal from.

For a complete copy of the Judgement Entered Against Derrick Lee you may click on this Facebook link.

Triani told Critical Beauty, "He (Derrick Lee) has defamed my name for 2 years telling people I made up the charges.  Hearing that the state has ordered him to pay restitution and put a permanent injunction against him will help clear my name. More importantly, protect people from doing business with him."

Miss Lebanon Emigrant 2017, Amanda Hanna, has lost her title as winner of the beauty pageant just a week after winning it on August 14.
The Swedish-Lebanese beauty was stripped of her title after it was discovered that in 2016 she went on an academic tour in Israel, using her Swedish passport to enter the Jewish State.
A statement from The Festival of Lebanese Emigrants in Dhour Al Choueir to the Al Modon newspaper read, “After communicating our decision with Lebanon’s Minister of Tourism he decided that Hanna should be stripped of her title because her visit to Israel violates our country’s laws.”
Lebanese citizens are not allowed to travel to Israel, considered an “enemy state,” and Israelis are not allowed to enter Lebanon.
Source: The Jewish Press, 8/23/2017
Related articles: 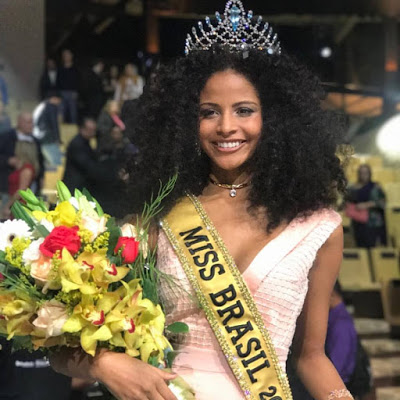 Monalysa Alcantara, 18, Miss Piaui was crowned Miss Brasil 2017 on August 20. Alcantara is the first representative from her state to win the national title. Also, for the first time in the history of the pageant, a black woman was crowned by another black woman, Raissa Santana, Miss Brazil 2016. Alcantara will now represent Brazil in the 2017 Miss Universe pageant to be held in Phoenix, Arizona on November 26. The first runner-up was Miss Rio Grande do Sul, Juliana Mueller, and the second runner-up was Miss Espirito Santo, Stephany Pim. 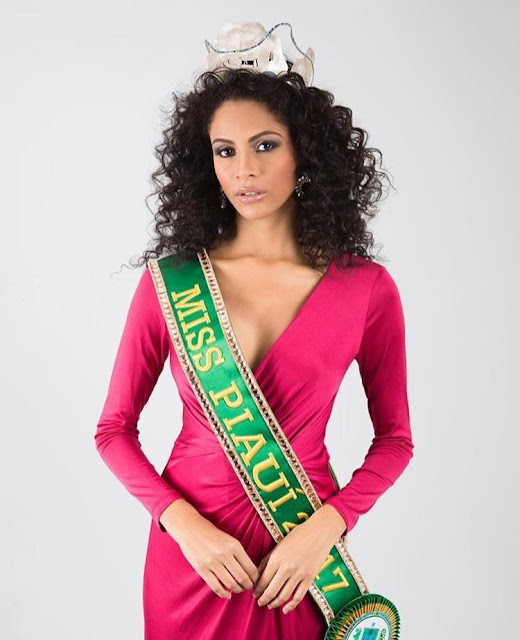 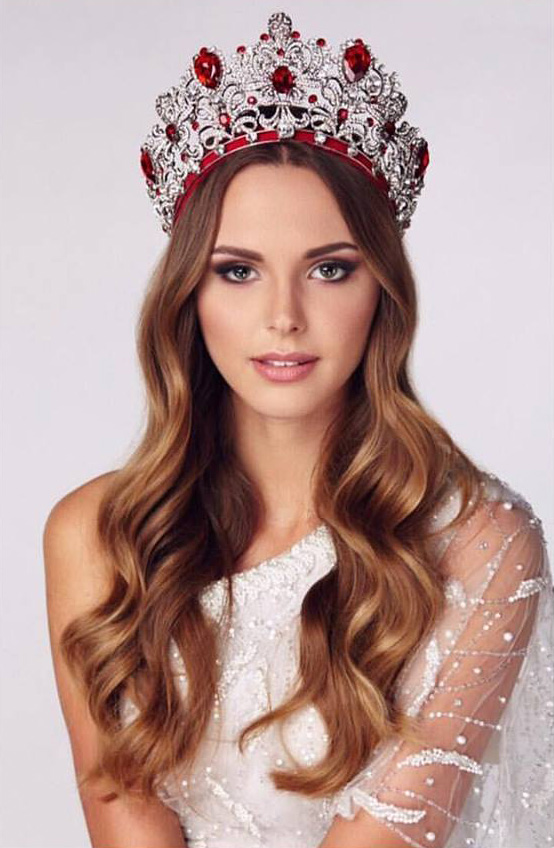 Magdalena Bieńkowska, 24, has been assigned to represent Poland in Miss World 2017 pageant to be held in Sanya, China in November. Miss Polski Organization, which owned the Polish franchise for several years and then lost it four years, ago, succeeded in getting back the franchise. Magdalena represented Poland in Miss International 2014 where she placed in the top 15. 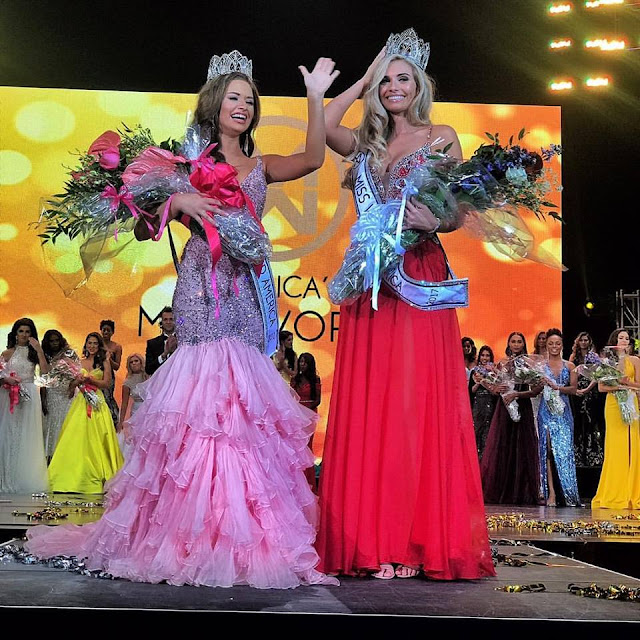 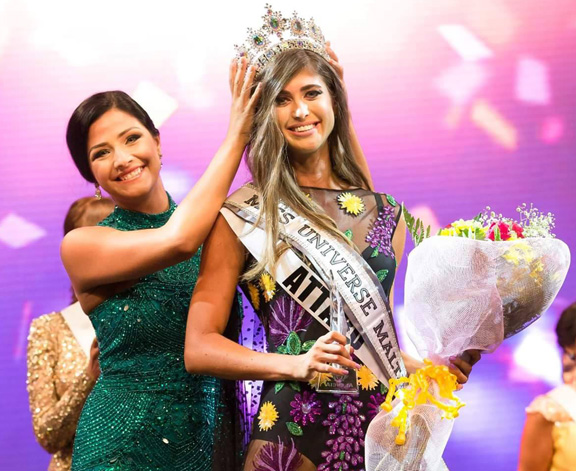 Tiffany Pisani, a 25-year old British-born Maltese-raised model representing Attard, was crowned Miss Universe Malta 2017 on August 4 at the Hilton Malta. Pisani will now compete at the the sixty-sixth edition of the Miss Universe 2017 pageant whose date and venue have yet to be confirmed.  Caricia Sammut, representing Rabat was named as the first runner-up, and Tarxien’s Alexia Pauline Tabone was named second runner-up. 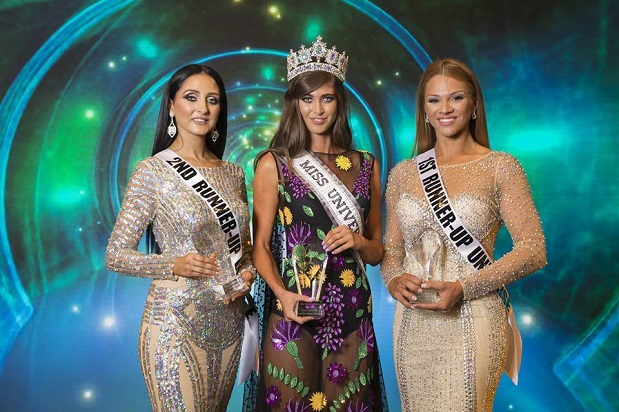 Photo credit: Miss Universe Malta
at 6:07 AM No comments: