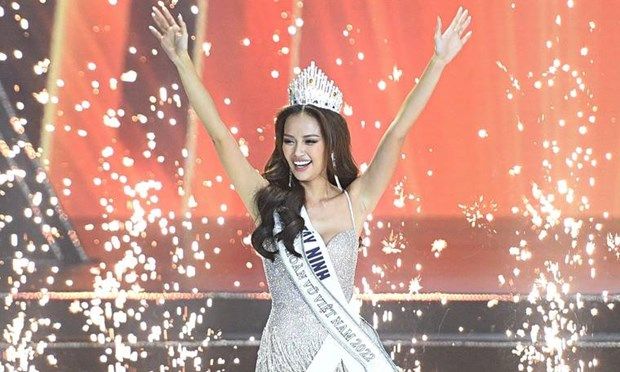 Chau surpassed 40 other candidates from across the country to win the title in the final round of Miss Universe Vietnam 2022.

Standing 1.74m tall and with body measurements of 81-63-92.5cm, the Tay Ninh contestant is a professional fashion model who was crowned the winner of Vietnam's Next Top Model 2016. 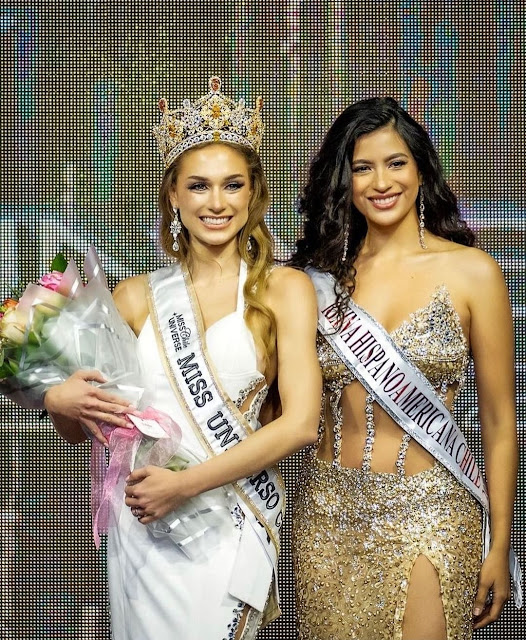 Sofia Depassier, 24, representing Chileans living outside of Chile (“Comunidad Extranjera”), was crowned Miss Universe Chile 2022 last night. She will now represent Chile in the next edition of Miss Universe.

Born in the capital city of Santiago, Depassier moved to the United States at a young age. She’s a professional model, a beautician and an actress.
Meanwhile, Miss Universe Chile 2021 Antonia Figueroa has been designated as Chile’s representative to Reina Hispanoamericana 2022 pageant.
at 7:20 PM No comments: 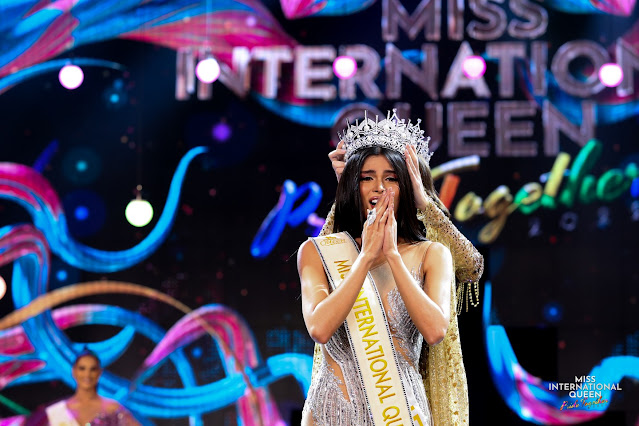 The Philippines’ Fuschia Anne Ravena was named Miss International Queen 2022 during the coronation night held in Thailand on Saturday, June 25. The 27-year-old business owner bested 22 other candidates in the competition to succeed Mexico’s Valentina Fluchaire. Ravena is the third Filipino to take home the Miss International Queen title, after 2012’s Kevin Balot and 2015’s Trixia Maristela.

During the final question and answer portion, the candidates were asked how they would teach the importance of equality should they win the pageant. Ravena’s winning answer was: “I will start it by influencing other people to spread love, peace, and unity to have world equality because after all we live under one sky. And we breathe the same air. And we all live from differences where love is universal.” 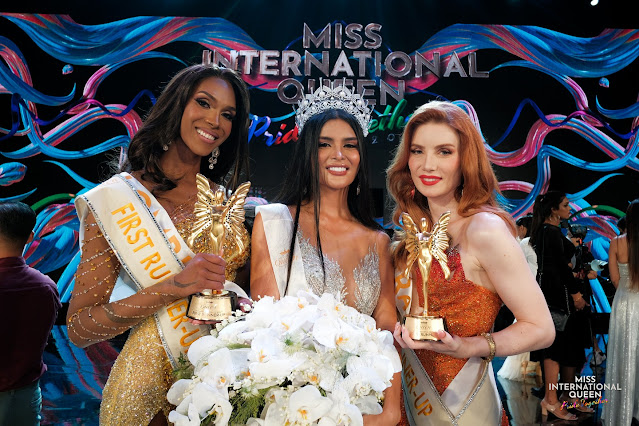 Former Miss Universe 2008 Dayana Mendoza from Venezuela has been receiving tremendous backlash from the LGBT community after she posted on her IG story a meme illustrating the word “pride” in rainbow colors and a biblical verse in Spanish saying, “Delante de la destrucción va el orgullo” which translates in English to “Pride goes before destruction” from the Book of Proverbs, chapter 16 verse 18. In this vlog, I give an an in-depth analysis of the situation, a brief history of other beauty queens who have been criticized for their religious beliefs, and an insight that may benefit everyone regardless of his or her views on religion or any topic that may be controversial to some people. 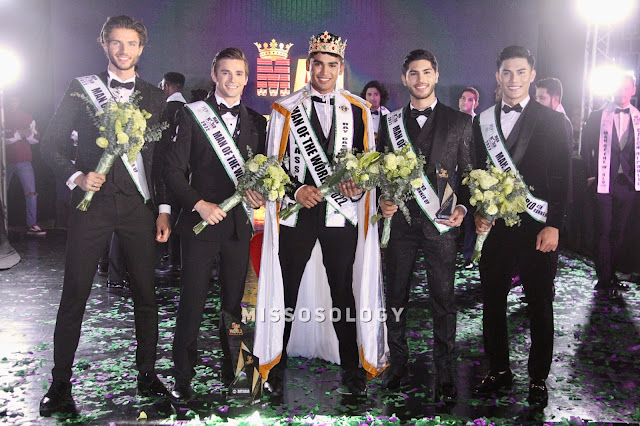 In an interesting twist of fate, India - who came out of nowhere - won the Man of the World 2022 contest beating heavy favorite Ukraine who placed second. This goes to show you that popularity does not equate automatic victory.

The pageant, which celebrated its fourth edition, took place on June 18 at Baguio Convention Center in Baguio City, Philippines. Thirty-seven contestants originally signed up, but only twenty-two actually showed up.  Khurana was crowned by the 2019 titleholder, Jin Kyu Kim of Korea. No contest was held in 2020 and 2021 due to the Coronavirus pandemic.Man of the World: INDIA – ADITYA KHURANA1st Runner up: UKRAINE – VLADIMIR GRAND2nd Runner up: PHILIPPINES – NADIM ELZEIN3rd Runner up: NETHERLANDS – TJARDO VOLLEMA4th Runner up: VIETNAM – NGUYEN HUU ANH 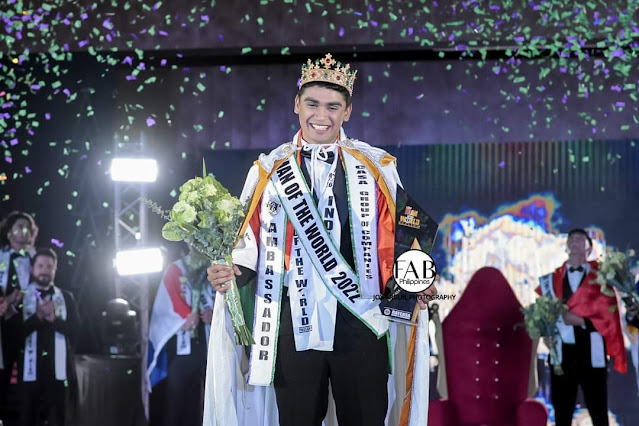 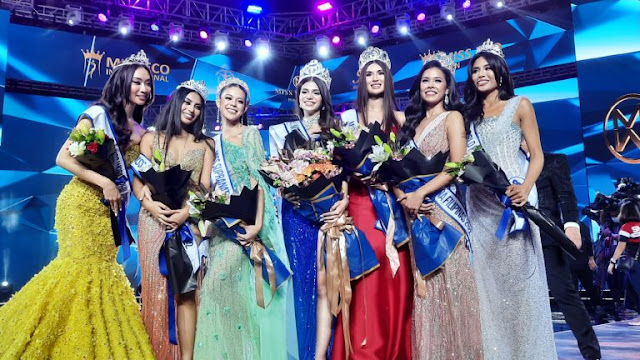 PASAY CITY, Philippines — Gwendolyne Fourniol from Negros Occidental was proclaimed Miss World Philippines, inheriting the crown from Tracy Maureen Perez to become the country’s representative to the 71st edition of the Miss World pageant, whose date and location is yet to be announced.

Fourniol bested 35 other aspirants for the title in ceremonies staged at the Mall of Asia Arena in Pasay City on June 6. She now carries the task of bringing home the Philippines’ second Miss World victory, nine years after Megan Young became the first Filipino woman to capture the “blue crown” from the longest-running international beauty pageant in the world. 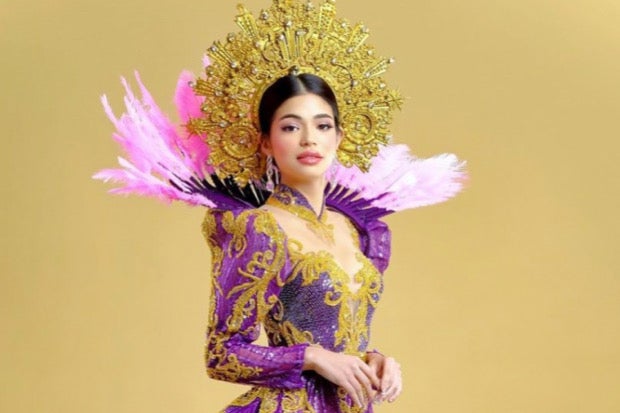 Meanwhile, Perez made her final walk as Miss World Philippines 2021 donning a sparkly blue mermaid gown, while expressing her gratitude for everyone who had been part of her journey. She also addressed her late mother who was her inspiration in her “Beauty with a Purpose” project.

In this vlog, I reveal my top 10 favorites for Miss World Philippines 2022. The finals will be held on June 5 in Pasay City, Philippines. 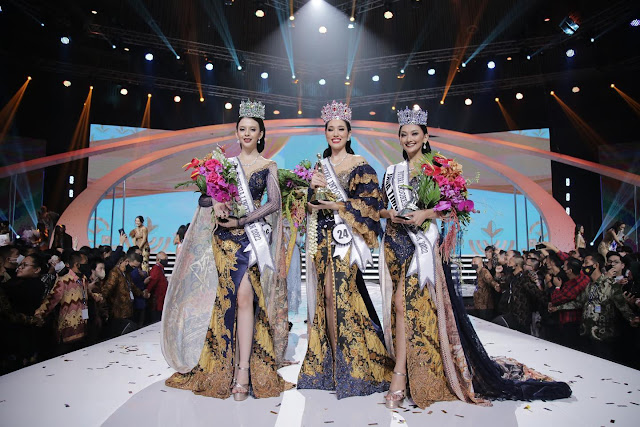 My Recap & Review of Mexicana Universal 2022

Watch my recap and review of Mexicana Universal 2022 which took place on May 21 in San Luis Potosi. 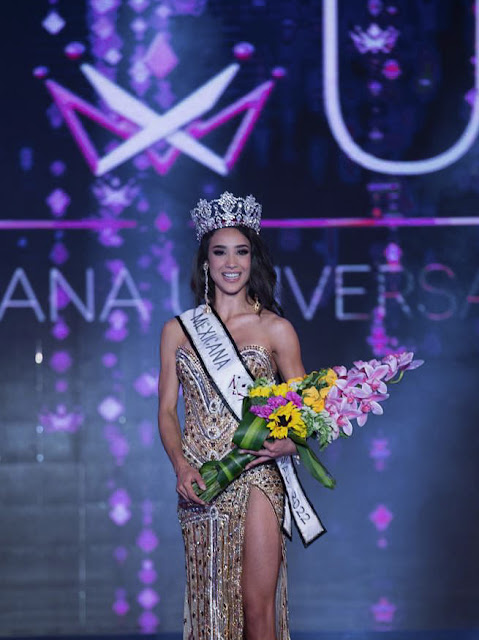 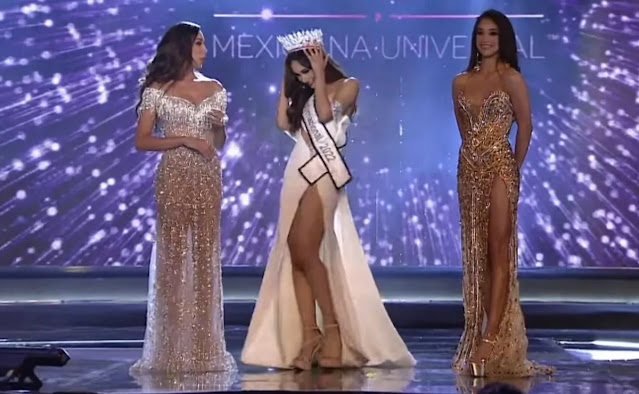 Initially, Mayra Valencia (center) was crowned Mexicana International 2023 until co-host Ximena Navarrete, Miss Universe 2010, announced that the announcement was read in error and that the real winner of Mexicana International 2023 is Itzia Garcia (left). Mayra graciously relinquished her crown and sash to Itzia. Many Mexican fans think that Mayra should have been crowned Mexicana Universal 2022 instead of Irma. 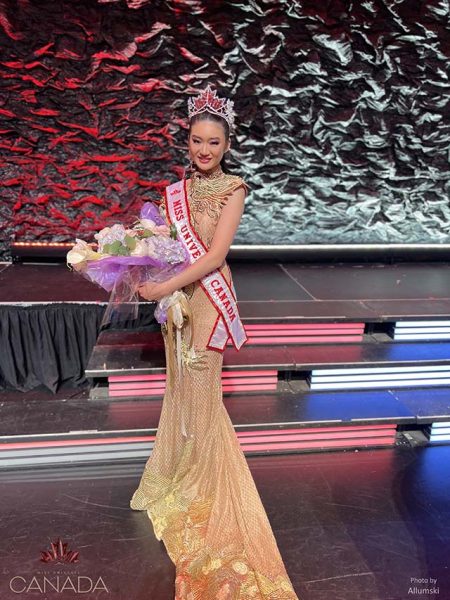 Hailing from Vancouver, BC, Amelia is a 20-year-old Chinese-Canadian currently pursuing a simultaneous program in Biology and Business at the University of California, Berkeley. She is deeply passionate about sustainability and spreading environmental awareness. As the front cover of Avessa Magazine’s Summer 2021 issue, she discusses her journey of realizing this passion and how she is planning on achieving her goals.

Although she has a vast variety of interests, her all-time favourite hobby would have to be exploring different genres of dance. In fact, Amelia has been dancing since the age of 3 and won the gold medal at the International Models & Talent (IMTA) Dance Competition. She has also previously competed in Rose Queen and Princess Pageant hosted in Oregon State and was crowned the 2020 Miss Chinese Rose Princess.

This interview was conducted via Zoom on Saturday, May 14, 2022 at 9:00 EST (May 15 at 9:00 AM Philippines). Gwendolyne Fourniol is competing in Miss World Philippines 2022 representing Negros Occidental.