Miss Venezuela President Osmel Sousa poses in front of the ten semi-finalist during the Miss Venezuela 2014 beauty pageant in Caracas, Venezuela. The Miss Venezuela Organization said in a statement on Wednesday, March 21, 2018 it will temporarily suspend its activities to do an internal review of its ethics policy.

The Miss Venezuela beauty pageant said it will investigate possible unethical conduct by its contestants following a vitriolic social media spat that saw former participants accusing each other of inappropriate behaviour.
A group of ex-Miss Venezuela contestants, in a confused flurry of social media posts this month, insinuated that other participants had sought to enrich themselves through romantic relationships with corrupt businessmen and officials.
“Given the events recently described on social media ... a decision has been made to begin an internal review to determine if anyone linked [to the pageant], during the course of their involvement, violated the values and ethics of the contest,” the Miss Venezuela Organization said in a statement.
The organisation added that it was temporarily closing a Caracas training facility and halting casting for the pageant as well as the lower-profile Mister Venezuela event.
It was not immediately evident how this would affect the Miss Venezuela pageant, which is typically held toward the end of the year.
The rights to Miss Venezuela are owned by Grupo Cisneros, of the wealthy Venezuelan Cisneros family.
Grupo Cisneros referred questions to the Miss Venezuela Organization, which did not respond to a voice mail message seeking further comment.
The allegations drew outrage in Venezuela, where triple-digit inflation and chronic food and medicine shortages have spurred a mass exodus of migrants.
They also drew ribbing from critics, who noted the beauty queens’ numerous spelling mistakes.
Venezuelans are among the world’s most successful beauty show contestants and have won global pageants including Miss Universe and Miss World more than a dozen times.
The country has also historically had one of the world’s highest rates of breast implants and cosmetic surgery.
Source: GulfNews.com, 3/23/2018
at 10:59 AM No comments: 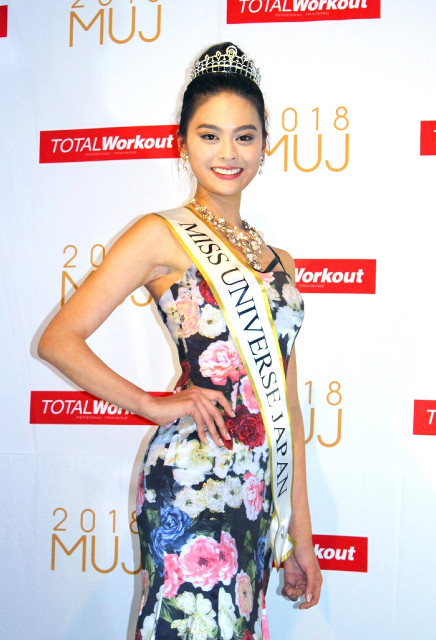 21-year-old Yumi Kato, representing the prefecture of Mie,  was crowned Miss Universe Japan 2018 at the Chinzanso Hotel in Tokyo on the night of March 18. She will now represent Japan at Miss Universe 2018 whose date and venue have not yet been announced. Nozawa Reika of Tokyo finished second while the delegates from Hokkaido and Niigate finished third and fourth places respectively. 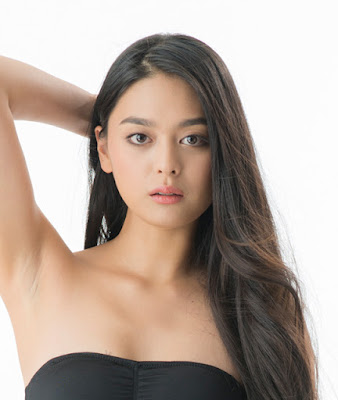 Miss USA and Miss Teen USA 2018 Pageants To Be Held In Shreveport-Bossier, Louisiana 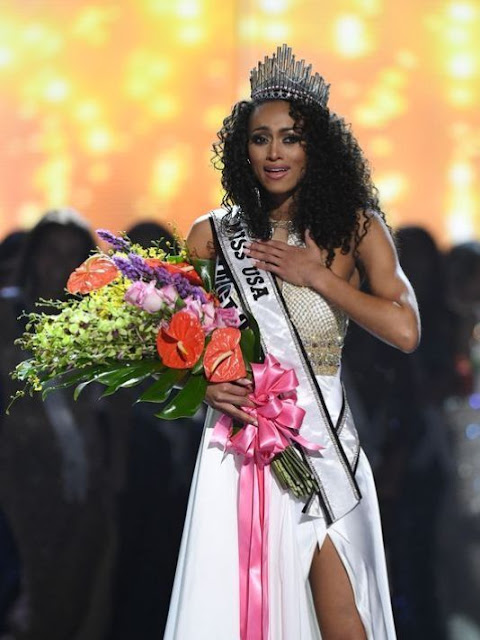 The 2018 Miss USA pageant and Miss Teen USA will be held in Shreveport at the Hirsch Coliseum, according to city officials and the Miss USA Facebook page. The Miss USA pageant, hosted by Nick and Vanessa Lachey, is scheduled for May 21 at 7 p.m. CST and will air live on the FOX network.

Vanessa was crowned Miss Teen USA 1998 and has served as a backstage correspondent for MISS USA(R) in 2001 and co-host of the 2007 MISS UNIVERSE(R).

Kara McCullough, the current Miss USA, will crown her successor from a field of contestants from all 50 states plus the District of Columbia.

Details on the Miss Teen USA competition have not yet been announced. 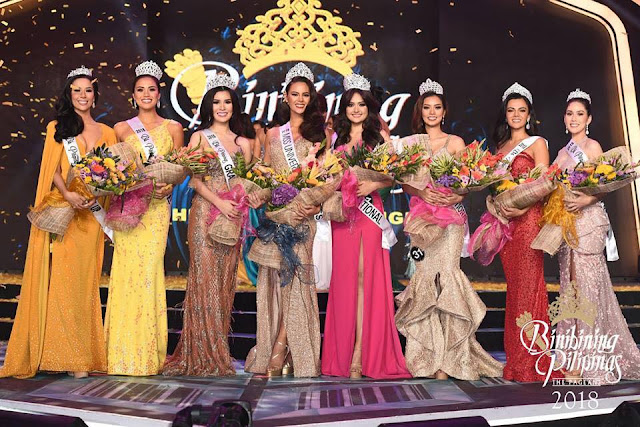 New Philippine queens were crowned during a gala event at the Smart Araneta Coliseum that began around 8 PM, Sunday, March 18, and ended just after 1 AM, March 19, 2018.

The new winners are: 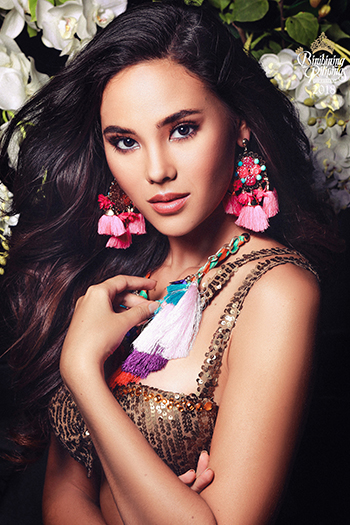 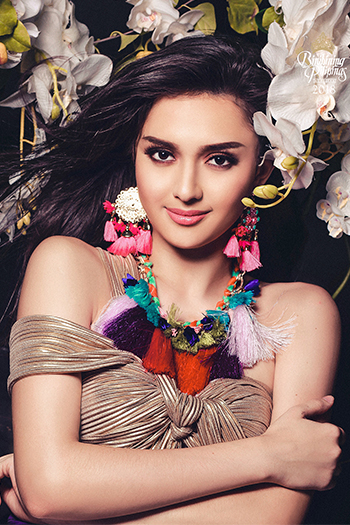 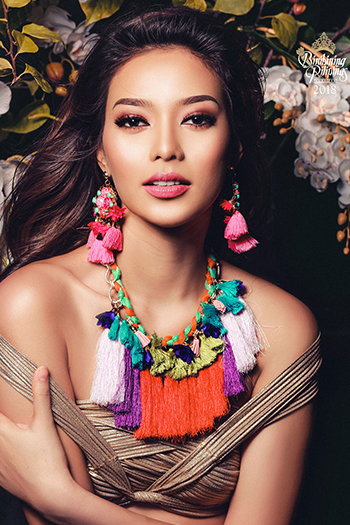 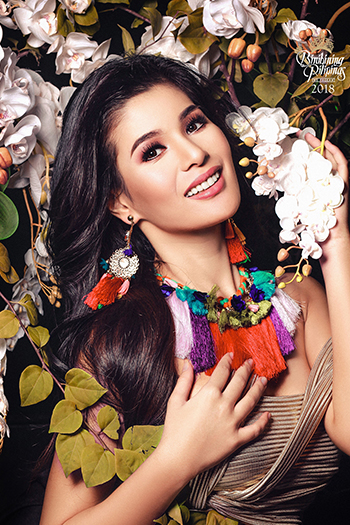 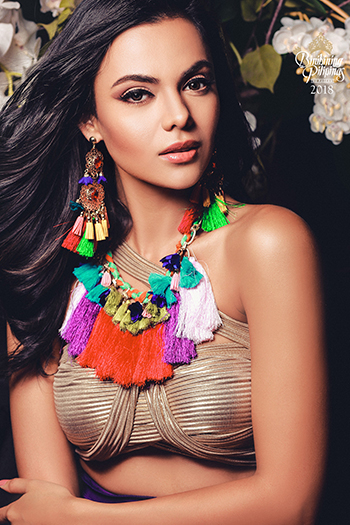 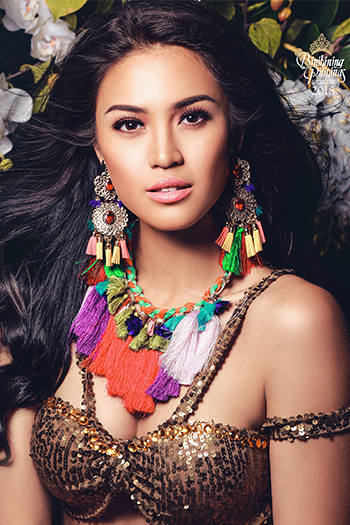 Michele Gumabao, 25, is Binibining Pilipinas Globe 2018 and will compete in Miss Globe 2018 whose date and venue have not been confirmed. 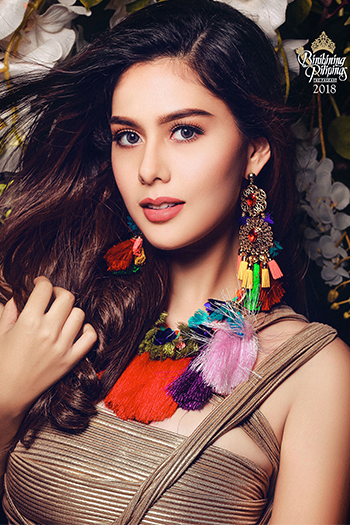 Vickie Rushton, 25, is the First Runner-Up. 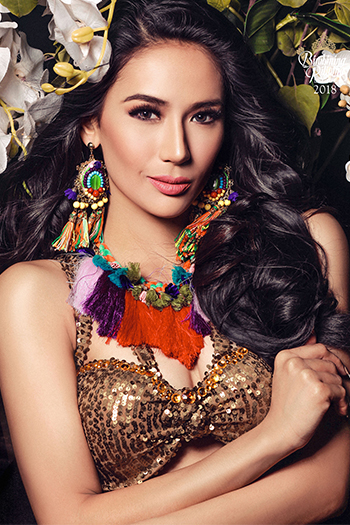 Samantha Bernardo, 25, is the Second Runner-Up.

Congratulations to all!
at 12:47 PM No comments: 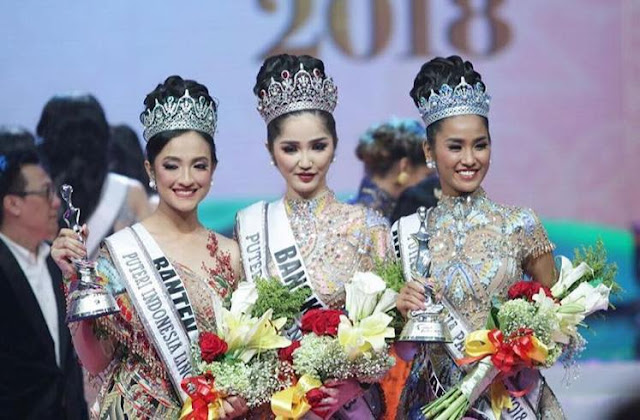 New Indonesian queens for 2018 were crowned during a gala event in Jakarta on March 9.  Sonia Fergina Citra, 25, from Bangka Belitung (center) is the new Puteri Indonesia and will represent her country in the 2018 edition of Miss Universe. Vania Fitryanti Herlambang, 20, from Banten (left) was crowned first runner-up and will compete in 2018 Miss International. Wilda Octaviana Situngkir, 24, from Kalimantan Barat (right) was second runner-up and will compete in 2018 Miss Supranational. 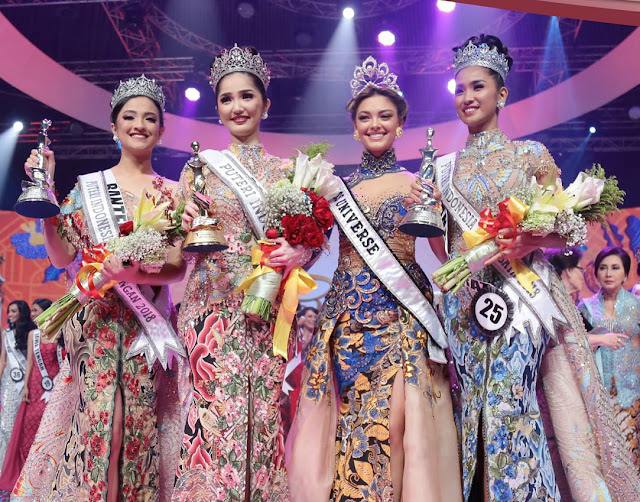 The current Miss Universe from South Africa, Demi-Leigh Nel-Peters (second from right), wearing the traditional Indonesian dress for women called abaya, assisted in the coronation of the winners. The other special guests included the current Miss International Kevin Liliana who is from Indonesia and the current Miss Supranational Jenny Kim from Korea.