The Miss USA competition will be held Nov. 9 at Graceland.

Organized to be "an innovative event that prioritizes the health and safety of the contestants, audience, and crew," the nationally televised pageant and related events will take place in the Exhibition Center and the Soundstage at Graceland, two concert-and-event spaces located at the Elvis Presley's Memphis complex across the street from the Presley mansion.

The Miss USA event will be preceded on Nov. 7 by its younger sibling pageant, the Miss Teen USA competition, for young women ages 14-19. This will mark a return visit to Memphis for Miss Teen USA: The second pageant in the competition's history was held at the old Memphis Cook Convention Center on April 3, 1984.

The contestants will arrive in Memphis days before the competition, where they and their entourages will be ensconced at The Guest House at Graceland hotel.

Prior to the pageants, they'll take part in various travelogue segments that promote the host city, filmed at such locations as the National Civil Rights Museum and Elvis Presley's Memphis, where they may pause in front of Elvis' prophetically titled 11th feature film: "Girls! Girls! Girls!"

The productions surely will show Memphis in its best light, but the competitions are not the ratings powerhouses they were in years past: Miss USA will be televised live at 8 p.m. Nov. 9 on FYI, a cable network that focuses on "lifestyle programming." Miss Teen USA will not be televised but will be streamed live at 7 p.m. Nov. 7 via the Miss Universe Organization social-media accounts. Both pageants will take place in the Soundstage, where seating will be limited to about 25% of the venue's 2,000 capacity.

Weinshanker said protocols for the pageant will be similar to those instituted for staging basketball games in the so-called "NBA bubble," the isolation zone at Walt Disney World near Orlando, Florida, that was created to keep players safe during games. Although it would make for some novel swimsuit and evening gown photos, the contestants will not wear masks during the competitions, he said, just as players don't wear masks during games.

Added Weinshanker, in a statement: “Working with the Miss Universe Organization, a global, inclusive organization that celebrates women of all cultures and backgrounds and empowers them to realize their goals, is extremely important today. We very much look forward to being part of the broadcast and events.”

Created along with the Miss Universe pageant in 1952 as a glitzier, sexier rival to the then 31-year-old Miss America competition, Miss USA in recent years has probably been mentioned in the news most frequently due to its association with Donald Trump, who owned the Miss Universe Organization from 1996 to 2015.

The Miss Teen USA pageant started on CBS but has been a "streaming" event since 2008. Both 2019 pageants were held in Reno, Nevada.

The winner of Miss USA will move to New York City, "to represent the brand and various philanthropic organizations during her reign," according to a Graceland press release, while Miss Teen USA will carry out her duties from her home state. 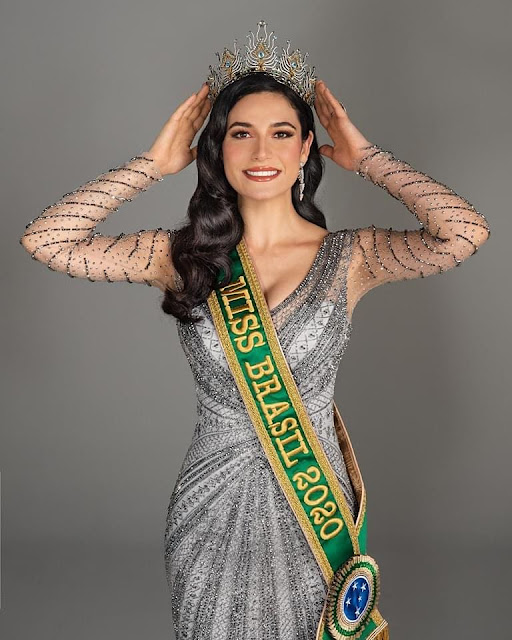 Júlia Gama was elected the new Miss Brasil 2020 and will represent the country in the next Miss Universe pageant. The choice was announced last Thursday through the contest's digital networks.
Gama was chosen via a virtual election due to the Covid-19 pandemic. Her selection was made by the judging team, which included businessman Winston Ling, a new franchisee from Miss Brazil, Ricardo Godoy, missologist Roberto Macedo, and filmmakers Débora Gobitta and Messina Neto.
Julia lives in China, where she works as an actress. She represented Brazil at Miss World 2014.
Source: Correio24horas.com.br, 8/21/2020
at 12:56 PM No comments: 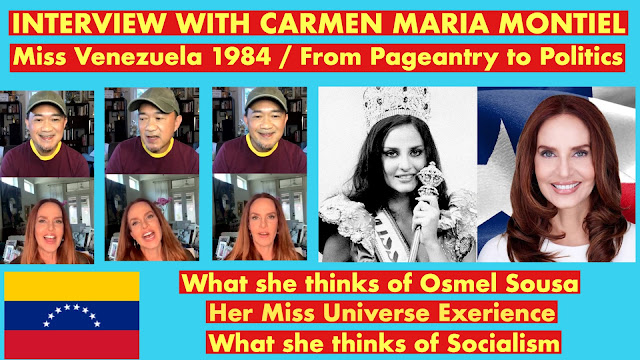 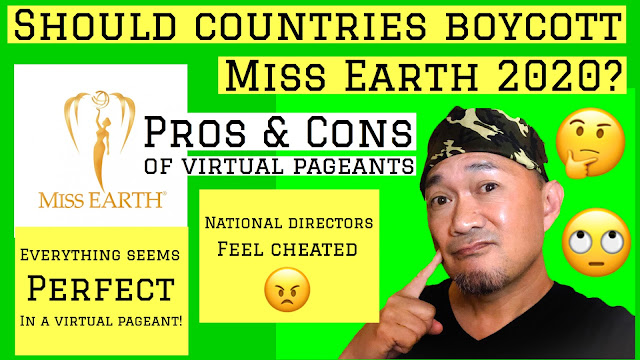