Interview with the first and only Miss Afghanistan


EARLIER this year when I was cruising the Internet searching for sites related to Afghanistan, I stumbled upon a link that features an interview of Zohra Daoud with ABC News. I was so fascinated by Zohra's life story that I decided to write to her. I don't even remember how I got her e-mail, but somehow I did. After a few correspondences, she decided to be interviewed. During my recent trip to California, I had wanted to visit with Zohra who lives in Los Angeles, but unfortunately my limited schedule did not allow me to see her. Then I remembered that she had planned to return to Afghanistan on July 15th, so I also assumed that she probably would not have time to entertain a visitor as she prepared for her trip.


When I asked Zohra if she could contribute photos of her for this interview, she replied that I could use the same photos that appeared on her ABC News interview from two years ago. In one of her e-mails, she replied, "I didn't change much. I've just gotten a bit older." Little does Zohra know that she is a celebrity in her own right; after all, she is the first and so far the only Miss Afghanistan. Zohra's celebrity status is not strictly defined by her pageant experience as much as it is by her humanitarian deeds. Zohra is Afghanistan: she has been oppressed, liberated, and is now helping her people to achieve freedom.


Rafa: What prompted you to join the Miss Afghanistan pageant?

I was a very good student. I thought it was an opportunity for me and for the rest of the young Afghan girls to participate in the contest to promote high education and academic achievement.

Rafa: How were the candidates judged?

The contestants were judged based on their academic knowledge and how they carried themselves in the society. They were judged by a panel of Afghan scholars. Hundreds of girls from different parts of the country participated, and only five of us were chosen. There wasn't any swimsuit contest involved, because back then Afghanistan was a very conservative society and a woman's character and brains were more important than her face or body.

Rafa: You came to the U.S. as a political refugee. Why did you flee Afghanistan? How long did it take for you to finally arrive to America?

I did not like communism and it took my husband and me six months to come to the U.S.

Rafa: You are very cultured and highly educated. You have a degree in French from Kabul University. Why did you not go to France?

I was married to a young Afghan pilot who was educated in the U.S. and we made a decision to come to America.

Rafa: Describe your first impression about the United States. Did you get culture shock?

I never got a culture shock because I was familiar with the American lifestyle. My father was the first Afghan who was educated in the U.S. and he taught me about the American way of life, but to become a political refugee and to lose all my status was not an easy thing to do. It took me forever to cope with it.

Rafa: How long did it take for you to adjust to the American way of life?

I learned English very fast because my second language was French and that helped me out a lot.

Rafa: Describe your experience working in a French bakery in Virginia? How long did you work there?

I worked for six months in a French bakery. It was a totally new experience. I came from a very different background, but I accepted my new harsh reality.

Rafa: Since you moved to America, have you experienced any type of discrimination whatsoever? If you have, how did you react and handle it?

So far, I haven't experienced any discrimination, especially since I live in Los Angeles which is a very diverse city. I don't feel like a foreigner, but after September 11th I felt that I didn't belong to America. Slowly, when the picture changed, I decided to fight ignorance by educating people about my heritage. 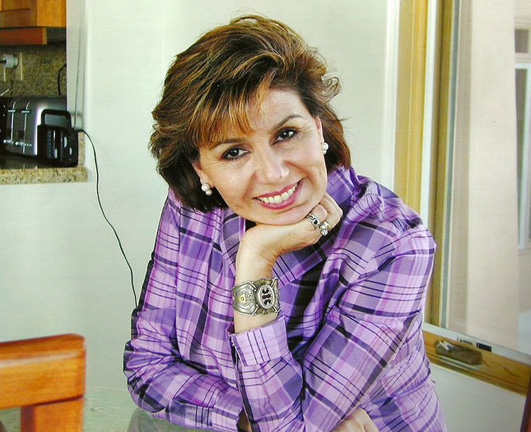 Rafa: As an immigrant myself, I understand the hardship that a new immigrant has to go through to make a better life in America. Would you say that America is the best country in the world in terms of providing many opportunities for immigrants to improve their lives?

I still think that the U.S. is the best country in the world. If someone works hard, he or she will make the American dream come true. I know so many Afghans who came to this country without anything but they still made it.

Rafa: Have you returned to Afghanistan since you left? If not, do you have any intention of visiting?

Since I left Afghanistan, I never returned. I have made plans to go back this summer for a few weeks.

Rafa: Do you think that it was right for American troops to liberate Afghanistan from the Taliban? Why or why not?

There's no doubt that Americans liberated Afghanistan from the Taliban, because they felt the pain themselves. However, if the September 11th attacks had never occurred, would the Americans have still wanted to liberate the Afghans from the Taliban?

Rafa: What do you think of the current government in Afghanistan?

The current government in Afghanistan is not exactly perfect, but the officials are doing their best. The most important thing is that the Afghan people need to feel secure first before they can choose. Unfortunately the war lords are still in power and the world failed to keep its promises to rebuild Afghanistan's infrastructures.

Rafa: How do Afghans perceive liberty or freedom? Is it different or similar to the Western concept?

We all want democracy to flourish in Afghanistan, but at what price? Afghanistan has been ruled by the gun for the past 23 years. Instead of introducing democracy right away, it is better to restore law and order first and then implement freedom and economic opportunity later.

Rafa: As you know, since 9/11, many Muslims in America have experienced a tremendous backlash. To many Americans, Islam and the Muslim way of life is not compatible with the U.S. Constitution which separates church and state. The truth is, many people from both sides are ignorant of the other's belief system, thus, you will always find disagreement and perhaps total suspicion of each other. Since one of Islam's goal is world domination, do you think that it will succeed in converting the entire world?

Islam's goal is not to dominate the world. On the contrary others want to dominate the world including Islamic countries. Islam is a way of life for Muslims. During the height of Islam, Islamic fundamentals were based on election and democracy; what we see today in the Islamic countries is a result of European colonialism, poverty and hopelessness and that is why mosques became a place for political gatherings of hopeless Muslim youth. Also, Islam is very diverse; it becomes even more complicated in societies with mixed cultures and religions. If one wants to know more of Islam, one must read the Qu'ran.

Rafa: Let's talk about beauty pageants. As you know, beauty contests have helped many young women fulfill their dreams; some have went on to become doctors, lawyers, educators, celebrities and politicians. Give us your honest opinion of beauty pageants and the women who participate in them. Would you allow your daughter(s), if you have any, to participate in beauty pageants? Why or why not?

I still strongly believe in beauty pageants. I am sure the criteria is different in each part of the world. In the West and America the focus is on physical beauty, because the television has a very strong impact on people's lives and on their sense of judgment. Personally, I am not for swimsuit, I think we should focus more on inner beauty than body but if this society wants to go for it, in my opinion, is another way of exploiting women. I leave it up to my daughter to make the decision and choose what she wants, but I would love to see her follow my footsteps.

Email ThisBlogThis!Share to TwitterShare to FacebookShare to Pinterest
Labels: INTERVIEWS