Alicia Machado: "I'm a gay man in a woman's body" 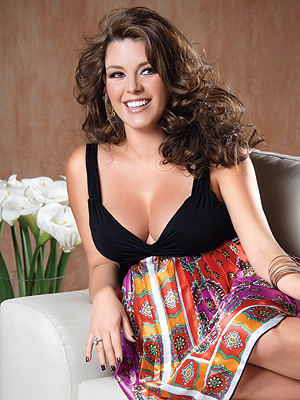 Alicia Machado won praises for her role in the telenovela  "Una familia con suerte" ("A Family's Luck"), but despite the fact that the original character in the story should be that of a transsexual, as written in the real story, the ex-beauty queen said that it was she who made ​​the decision to change it.
Alicia went further and said that as an actress she had no problem playing a gay or a transsexual character, because she loves the GLBT community and has always been a supporter of gay rights.
"I would have played it with great respect because I am a gay man trapped in a woman's body", said the former Miss Universe, as reported by the Venezuelan newspaper El Universal.
The former Miss Universe said she loves gay people and has been surrounded by so many gays, to the point that she has become quite an expert in detecting a person's sexual orientation.
"They are magical and breathtakingly talented," said Machado, who would have been very interested in playing the role of a transsexual in the soap opera, since it would have been a challenge as an actress.
Alicia certainly earned a hundred points for the role she played in Juan Osorio's soap opera, but it remains objectionable that the producer had changed the role of a transsexual for a woman to avoid raising people's hackles in Mexican society.
Translated from the Spanish.
SOURCE: Elinformador.com.ve, 3/10/2012