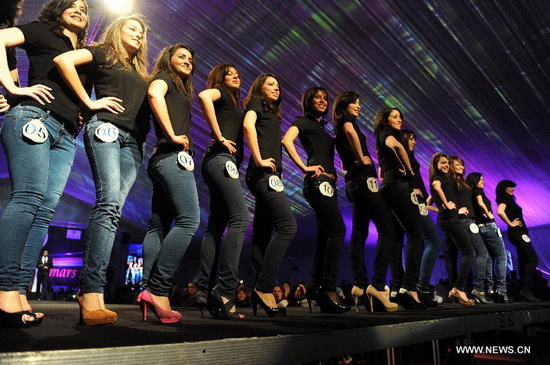 Contestants pose during the pageant Miss University Algeria 2012 at the auditorium of Hilton Hotel
in Algiers, capital of Algeria, on March 8, 2012.  (Xinhua/Mohamed Kadri) 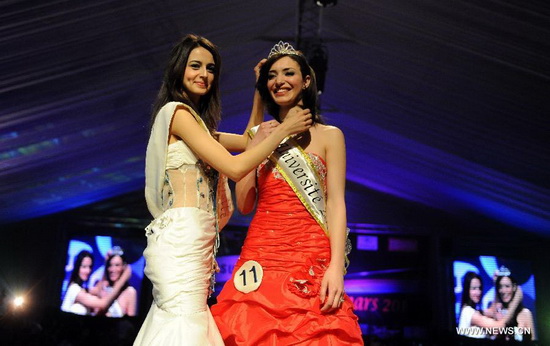 Yasmine Belkhir (R) is awarded Miss University 2012 in Algeria in a pageant at the auditorium of Hilton Hotel in Algiers, capital of Algeria, on March 8, 2012. Yasmine Belkhir is one of the 30 beauties participating in this pageant, organized by magazine Dzeriet, in cooperation with the General Union of Algerian Students and the University of Bab Ezzouar in Algiers. (Xinhua/Mohamed Kadri) 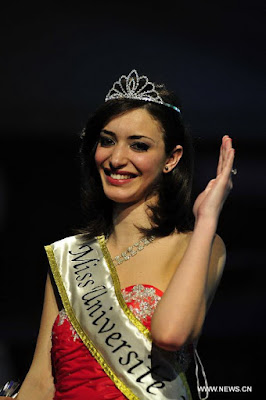 This is the type of pageant that I would like to see flourish in Muslim-dominated countries where pageants are frowned upon and seen as immodest, innocuous and insulting to Islam (if you ask me, it's actually the other way around). Hats off to Algeria for allowing Algerian women wear Western clothing, Western makeup and more importantly, allowing them to express themselves without the fear of being sexually harassed or stoned to death!