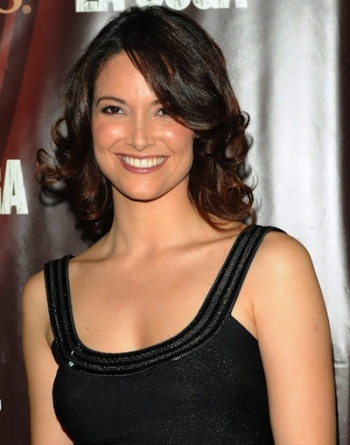 Former Miss Universe (2001) Denise Quiñones (photo), 31, is about to launch her first music album. The album, in digital format, is entitled "Ruidos y Silencios" ("Sounds and Silences") and will feature Denise's first professional collaboration with her former boyfriend, René Pérez of Calle 13. Denise has always dreamed of becoming a singer.

"I was in Miami mastering it and doing promo. The disc will be first launched in Puerto Rico and then in Santo Domingo," said the former beauty queen. The material includes the production of  Pavel Nuñez and consists of 11 songs. The album will be available on April 30.