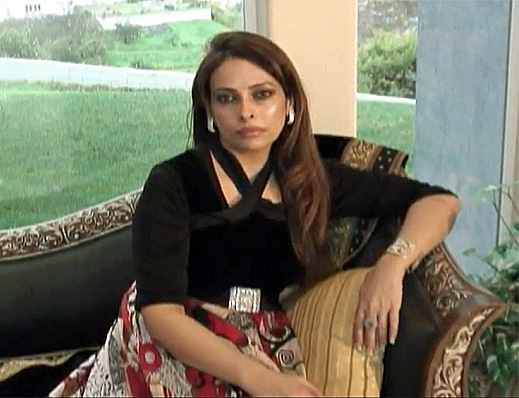 A Pakistani beauty queen used her killer looks and exotic sex appeal to bilk nearly 100 families out of their life savings in a home loan modification scam she ran with her husband, California authorities said.

Even worse, South Asian stunner Saman Hasnain (above), who was Mrs. Pakistan World in 2008, and her husband, Jawad, have fled to Lahore with their victims' money and probably won't be back because the U.S. has no extradition deal with Pakistan, the San Jose Mercury News reported.
Authorities say the scammers charged desperate homeowners in the San Jose area at least $4,500 to renegotiate their mortgages with banks and promised a full refund if the payments weren't lowered.
The pair spread word about their services by posting flyers at ethnic supermarkets in the area, authorities said.
Victims said Hasnain flaunted her physical gifts to wow clients into forking over their cash.
"She was really pretty," Korina Diaz, a waitress who lost her house after paying the couple $11,500 to modify her loan, told the Mercury News. "She wore a skirt suit, high heels, nylons, like a real good-looking professional lady," Diaz said, adding that she was so dazzled, she convinced 30 other people to listen to the couple's pitch.
About 20 wrote the couple checks — and most lost their homes, she told the newspaper.
Hasnain's pageant profile boasted of her "almond shaped eyes, flawless skin, and full beautiful lips" — all of which prosecutors say she used to prey on homeowners who had been squeezed by the recent housing crisis between 2008 and 2010.
The Santa Clara District Attorney's Office said the pair put their clients' money into an escrow account, but hidden in the contract's fine print was a clause that allowed the duo to withdraw the money as they wished.
Prosecutors say the pair bought plastic surgery, a Mercedes and a $2.2 million mansion in Almaden Hills with their victims' money, the Mercury News reported.
They have been charged with 17 counts of grand theft. If convicted, Saman would face around four years in jail, while Jawad could get close to 20.
"So many good people's lives were ruined by these defendants," prosecutor Victor Chen told the Mercury News.
SOURCE: NY Daily News, 4/1/2012 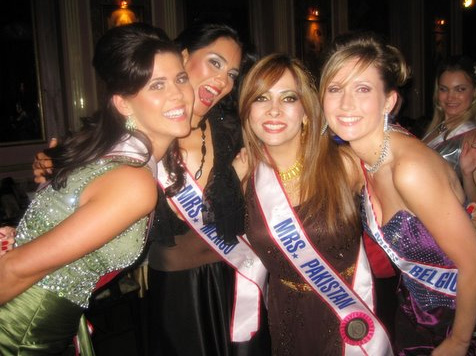