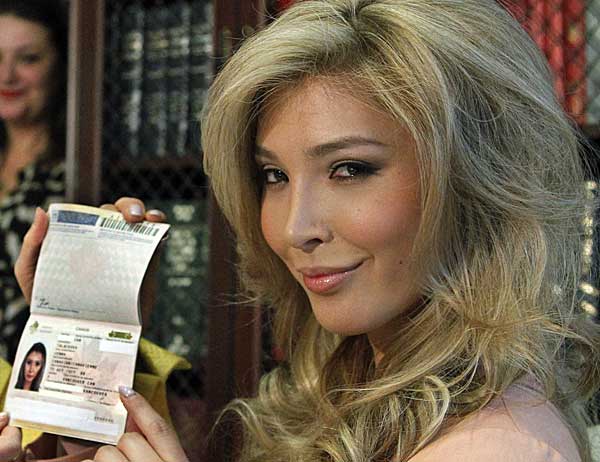 GLAAD and the Miss Universe Organization today announced that the competition would become open to transgender women. The announcement comes just weeks after contestant Jenna Talackova (photo) was disqualified from the Miss Canada pageant because she is transgender.The Miss Universe Organization has since reversed that decision and will allow Jenna to compete -- an offer Jenna told ABC's The View she will take.
Said GLAAD spokesperson Herndon Graddick:

“For more than two weeks, the Miss Universe Organization and Mr. Trump made it clear to GLAAD that they were open to making a policy change to include women who are transgender. We appreciate that he and his team responded swiftly and appropriately. The Miss Universe Organization today follows institutions that have taken a stand against discrimination of transgender women including the Olympics, NCAA, the Girl Scouts of America and The CW’s America’s Next Top Model. Jenna and all of the LGBT advocates who have called for this change and spoken out in support of transgender women are to be commended. At a time when transgender people are still routinely denied equal opportunities in housing, employment and medical care, today’s decision is in line with the growing levels of public support for transgender people across the country.”

“We want to give credit where credit is due, and the decision to include transgender women in our beauty competitions is a result of our ongoing discussions with GLAAD and not Jenna’s legal representation, which if anything, delayed the process. We have a long history of supporting equality for all women, and this was something we took very seriously.”

As a result of Jenna’s case, GLAAD has worked with many national media outlets to profile transgender women. Actress, producer and transgender advocate Laverne Cox spoke out about the decision:

“I am so moved and excited that The Miss Universe Organization has sided with justice and equality by not only allowing Jenna to compete, but by also allowing other trans women to compete in the future. No one should have a glass ceiling on their dreams. It is my hope that this moment can begin to highlight other injustices trans people face so that they too may be eradicated.”

*** Notice how Paula Shugart reiterates that MUO's decision to accept transgendered women is due to its ongoing discussions with GLAAD, and not because of Jenna Talackova's attempt to sue for discrimination. Trump also stated that MUO had already made the decision to accept transgendered women two days before he had even heard of Talackova's legal representation via Gloria Allred whom Trump calls "a great poor attorney" in an interview by A.J. Hammer on HLN.tv. 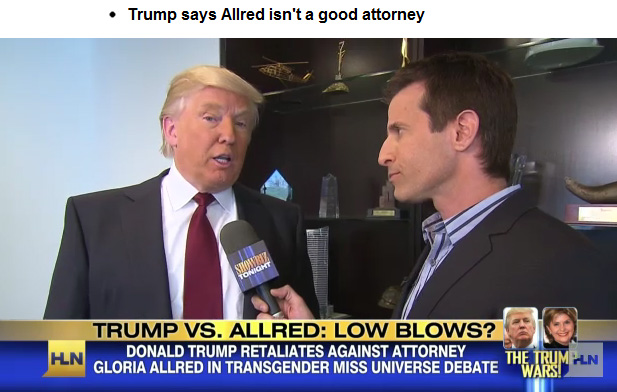