Miss Dominican Republic Universe dethroned. 'Cause she was married! 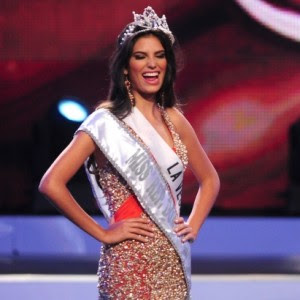 The announcement was made from Puerto Rico by Magali Febles, director of the Dominican franchise of Miss Universe. Febles stated that  Durán Baldera admitted that she was married, and that she will be replaced by the first runner-up  Dulcita Lieggi Francisco.

"We regret very much that this annoying situation happened, because Carlina would have been an excellent candidate for Miss Universe," Febles said.

Febles also remarked that "she hid her married situation and the organizers cannot be accomplices and accept an illegality. As a consequence, we do not have any option but to take away her crown."

"I will arrive to the country tomorrow to crown the new Miss Dominican Republic," said Febles.

(Translated from the Spanish by Rafa Delfin)