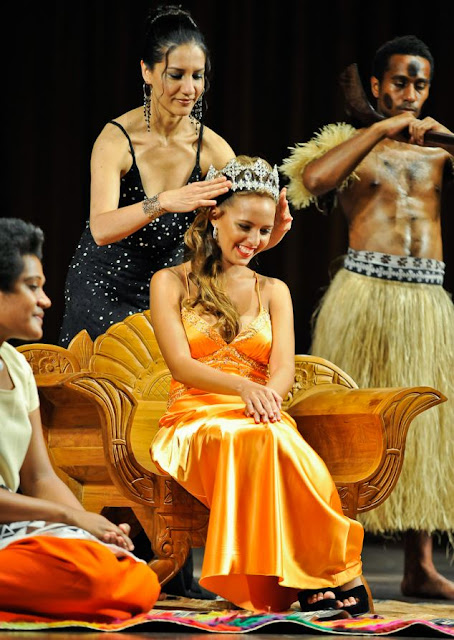 A schoolgirl beauty queen was stripped of her crown after the decision to name her "Miss Fiji" sparked outrage on the basis that she doesn't look "native" enough.
Torika Watters (above), 16, a "kailoma" or person of mixed European/Fijian heritage, was chosen by the Miss World franchise last month, with a judging panel that included New Zealand model Rachel Hunter, once married to Rod Stewart.
After Watters was named, the Miss Fiji Facebook site had to delete hundreds of comments, saying "violent or racist comments will not be tolerated," Stuff.co.nz reported.
Among them was that Watters should have a "buiniga", the naturally-fuzzy hairstyle of the Pacific island nation, The London Telegraph reported.
Racial division is deep-seated in Fiji's social and political history, according to NewsCore.
Watters said she had originally been delighted to accept the title.
"I am proud of my identity as a Fijian and have never considered my people as racists."
Watters said Miss World Fiji pageant director Andhy Blake told her that according to the British-based Miss World organization, contestants had to be at least 16 years and 11 months at the time of the pageant.
Watters said this had not been the case when she was asked to enter, and she was now pulling out.
"I was worried about the lies, the deception, the lack of transparency and the lack of professionalism," she said in a statement, adding that she did not do anything "sneaky or wrong."
"I would like to state that I have had no involvement in any of this underhand process and that I have been blind to this entire drama going on behind the scenes," she said.
"I had no knowledge of any pre-selection or pre-judging."
One of the judges, Hupfeld Hoerder, reportedly told Mai Life magazine the result may have been pre-determined before the show.
Watters had not been in the top three, Hoerder said, but Blake said he wanted her "and that since he was the one who spent a lot of time with the girls, he knew who should be the one."
"Torika is the innocent one here. Through all this she's been victimized," Hoerder said.
Blake told the Fiji Times that the Miss World committee had been very happy with his work and "really that's a testament in itself". 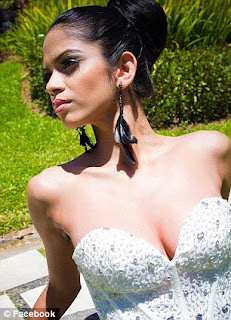 A runner-up, Koini Vakaloloma (above), 24, will now represent Fiji at the Miss World contest in Mongolia later in the year.
Vakaloloma is Fiji born and, according to the FijiLive website, is of Guajarati/French mix and speaks seven languages.
She was adopted by an indigenous Fijian family at birth.
"Being an ambassador for your country is not an easy task but it comes with responsibilities and more sacrifice," Vakaloloma said after Watters issued an angry statement.
SOURCE: GlobalPost.com, 5/13/2012
Related stories:
Pageant fiasco
White Miss Fiji winner who was caught up in a race row stripped of her title because she is a few months too young