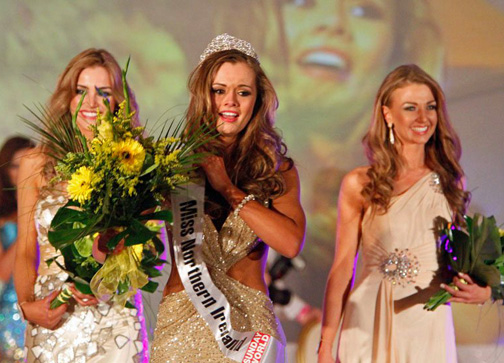 Tiffany Brien has been named Miss Northern Ireland 2012. The stunner from Holywood was crowned at a glittering ceremony at the Europa Hotel in Belfast last night. Meagan Green was placed second and Sarah Ennis was third.  Tiffany will now represent Northern Ireland at the Miss World final in China on Saturday August 18. She will compete against over 100 girls from round the world, including
Miss Ireland, Rebecca Maguire, who is from Belfast.
SOURCE: Belfast Telegraph, 5/15/2012
Photo credit: Tiffany Brien Facebook page