Gloria Allred And Jenna Talackova Speak Out Against Miss PA At The L.A. Pride Parade! 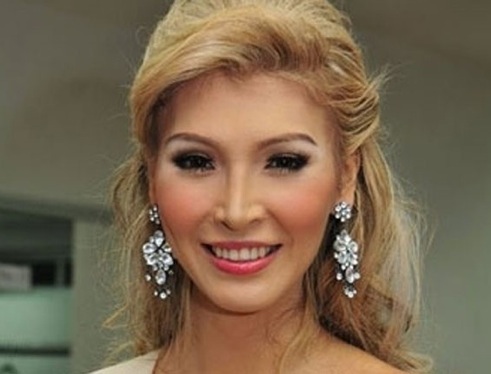 Gloria Allred and her transgendered beauty queen client Jenna Talackova (photo) took to the streets of West Hollywood on Sunday to speak out against the Miss Pennsylvania controversy at the El Lay Pride Parade.
Sheena Monnin resigned from her role within the Miss Universe Organization because she felt that the Miss USA Pageant was fixed. A leaked email, however, revealed she was also upset by the pageant's decision to allow a transgendered contestant to compete. She reportedly wrote:

"I refuse to be part of a pageant system that has so far and so completely removed itself from its foundational principles as to allow and support natural born males to compete in it. This goes against ever (sic) moral fiber of my being."

Even though Monnin is focusing her efforts on exposing the pageant system for fraudulently selecting the top five finalists at the annual competition, Allred and Talackova wanted their positive message to be heard.
The two women rode through the parade on their own makeshift float and even held a press conference to discuss the issue. While talking about her reversed disqualification to the press, the top 12 finisher at the Miss Universe Canada pageant said:

"Well, I was hurt because I trained for eight months and all of the sudden I was disqualified for something that just so unjust and unfair."

It was unjust, but thankfully it was corrected and Jenna was able to break boundaries for the LGBT community.
We hope Jenna keeps taking advantage of the spotlight she's been given to continue spreading her inspiring message of acceptance and equality for ALL!
SOURCE: PerezHilton.com, 6/11/2012
at 2:20 PM