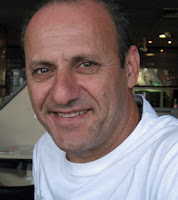 When most people imagine a beauty pageant, they conjure up images of tanned young women in bikinis and high heels.
Not so the organizers of Thursday’s Yad Ezer L’Haver beauty pageant, which seeks to crown the most beautiful Holocaust survivor in Israel. The Israeli charitable association, which on Monday publicized its unprecedented pageant for survivors, usually focuses on providing food and other services to needy Israelis. (Its name translates as “A Helping Hand to a Friend.”)
Some 65 women entered an earlier phase of the contest, and Thursday’s event will feature the 14 finalists vying for the titles of Pageant Winner, Miss Congeniality, and Audience Favorite.
The contestants, all Holocaust survivors aged between 78 and 92, will strut down the catwalk.
After the contest, billed as part of an evening in honor of survivors, was announced, Time Out’s editor Dana-Tut Bar uploaded the invitation to Facebook, where commenters made jokes, many in poor taste, about the subject.
However, Shimon Sebag (photo), the director of the event, defended the decision to hold the pageant, and told the Hebrew daily Yedioth Aharonoth: “The organization decided to hold the competition… to show that the Holocaust survivors, with all the history they have experienced, are still women who want to celebrate themselves, have fun, and live… If someone raises an eyebrow, let them. We are doing this with a good attitude and pride.”
The winners will be crowned by 1979 Miss Israel Heli Ben David, who went on to represent Israel in the Miss Universe competition in Japan.
Yad Ezer L’Haver was founded in 2001. Among the charity’s projects is a housing complex which is home to approximately 100 Holocaust survivors.
SOURCE: Times of Israel, 6/26/2012