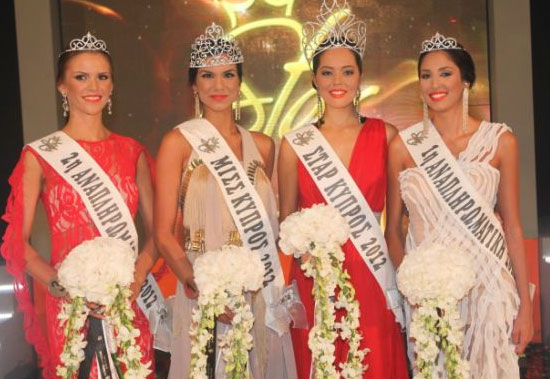 Ntaniélla Kefála, 19, (second from right) was crowned Star Cyprus 2012 during the 2012 Cyprus Official Beauty Contest on July 6. She will represent Cyprus in Miss Universe 2012 this December.
Georgia Georgiou, 21, (second from left) was crowned Miss Cyprus 2012. She will compete in Miss World 2012 in Ordos, Inner Mongolia, China, on August 18. Tzouliána Georgallídou (far right) was the first runner-up and Ioánna Giannakoú (far left) was the second runner-up.