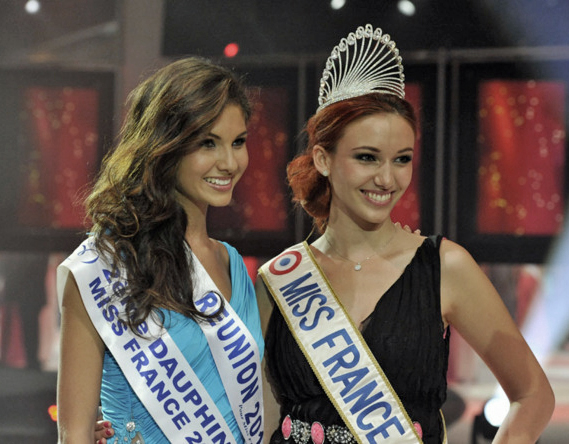 Marie Payet (left), who competed as Miss Reunion in Miss France 2012 and placed third, will represent France in Miss Universe 2012 to be held in las Vegas on December 19th. The current Miss France, Delphine Wespisser (right), could not make it due to a schedule conflict, according to national director Sylvie Tellier's tweet below (dated 10/10/2012):