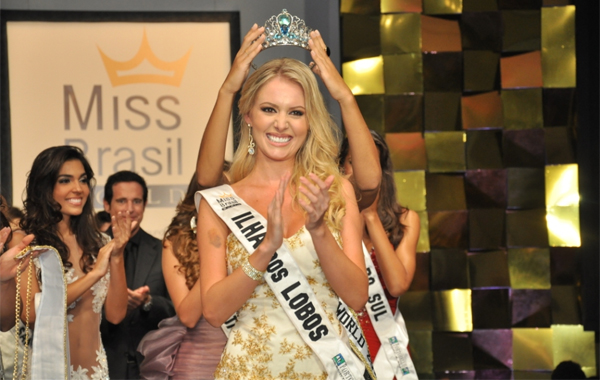 Sancler Frantz, 21, was crowned Miss Brasil World 2013 Saturday night at Portobelo & Safari Resort in Mangalore, Rio de Janeiro. She will compete in Miss World 2013 in Septembner. The new Miss Brasil World received her crown from Miss Brasil World 2012 Mariana Notarangelo.
Second place went to Miss Espírito Santo World, Raquel Benetti, and third place went to Miss Santa Catarina World, Thainara Latenik. The pageant was attended by the reigning Miss World from China Wenxia Yu who, on April 1st, was detained by Brazilian authorities at Rio's international airport for not having a visa to enter the country. She was forced to take a flight back to London and to request the Brazilian embassy in London to approve a visa. Finally, she was able to enter Brazil legally on April 3rd. 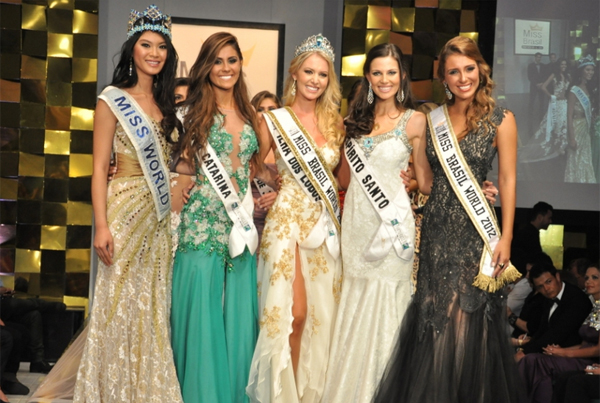