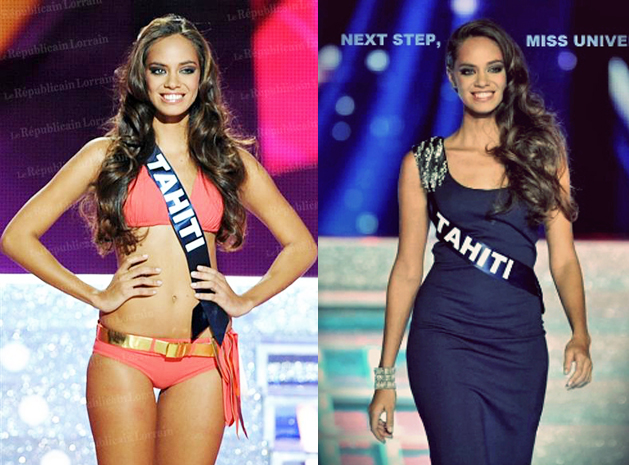 Last Saturday, the Miss France Committee president Sylvie Tellier announced that Hinarani de Longeaux, who represented Tahiti in the 2013 Miss France competition and placed 1st runner-up, will officially represent France in the 2013 Miss Universe pageant. This information was taken from the French-language site, Lesnouvelles.pf, which also cites that the Miss Universe 2013 pageant will be held in Las Vegas on December 19th. Critical Beauty does not acknowledge the date and venue since no official statement has been released yet from the Miss Universe Organization. However, Tellier claims that the change was made due to schedule conflict. The Miss France 2014 pageant will be held on December 7th in Dijon and requires the presence of  the actual Miss France Marine Lorphelin.  Meanwhile, Lorphelin will compete in Miss World 2013 in September in Indonesia. This is the second year in a row that France is not sending the actual national titleholder to Miss Universe. In 2012, France was represented by Marie Payet, who was second runner-up to actual winner Delphine Wespiser.
SOURCE: http://www.lesnouvelles.pf/article/ca-fait-la-une/hinarani-se-presente-a-miss-univers