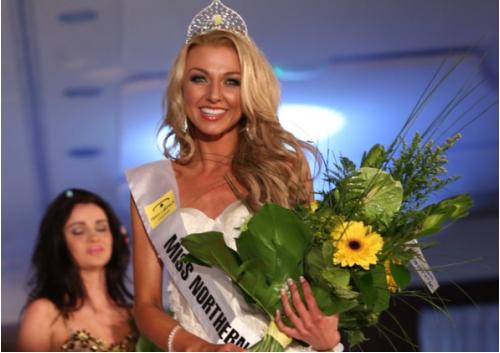 The new Miss Northern Ireland 2013 is Meagan Green, 23, who was crowned in Belfast’s Europa Hotel last May 20th. She will now represent her country in Miss World 2013 to be held in Indonesia on September 18th. Green placed second last year to winner Tiffany Brien. The gala final was a glamorous affair hosted by ex-Miss Northern Ireland and TV presenter Zoe Salmon, alongside news broadcaster Marc Mallett.
The runner-up was Anna Henry, 18,  from Portglenone and Belfast girl Emma Ward, 22, was third.