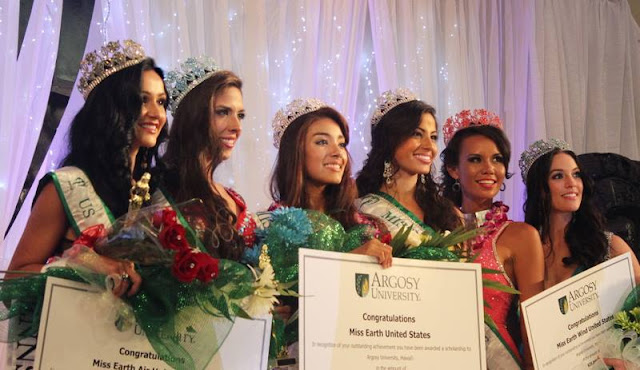 Nicolle Velez (third from left), representing the Empire State (New York), was crowned Miss Earth United States 2013 on September 1st at the Ala Moana Hotel in Honolulu, Hawaii. She will represent the United States in the upcoming Miss Earth 2013 pageant whose date and venue will be confirmed soon.