Katherina Roshana was last night crowned Miss Guyana Universe 2013 after triumphing over seven other delegates in the local pageant held at the Pegasus Hotel Poolside.
Over the course of the evening it was obvious that Roshana proved she was a crowd favourite but throughout the event she was given stiff competition by delegate Number 5, Ayana Whitehead who received massive support. It was Whitehead’s placement that had the hundreds in attendance in an uproar as she was named the third runner-up, Carlea Chapelle, the second runner-up and Alicia Bess, first runner-up.
Roshana was sashed by First Lady Deolatchmee Ramotar and crowned by her predecessor Ruqayyah Boyer.  She will now be set to represent Guyana in Moscow, Russia at the 2013 Miss Universe Pageant. 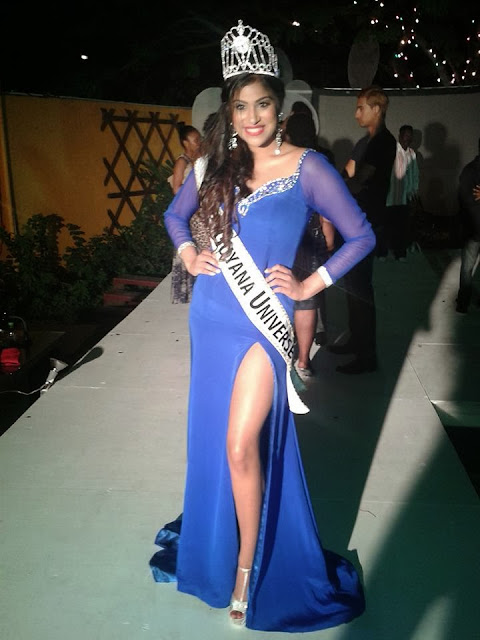