A Miss Universe pageant hopeful is suing the organization co-owned by Donald Trump, claiming a recruiter asked her to give him oral sex in exchange for fast-tracking her modelling career.

Ashleigh Blake, 21, from Tracy in Northern California, filed a suit Wednesday against the Miss Universe Organization, which she alleges is rife with sexual deviants who prey on unsuspecting young women.

She claims Miss California USA recruiter Domingo Rodriguez lured her to a Starbucks parking lot with promises to land her modeling jobs and magazine covers. But when she met him in his car he allegedly explained that her end of the bargain involved giving him 'sexual favors.'

Blake says she burst into tears and ran from the car.

She says she went straight to the Tracy Police Department but was told she couldn't file criminal charges against Rodriquez because the recruiter didn't force her to perform the sex act.

So she's suing the Miss Universe Organization claiming it knowingly hires 'scam artists' who lure young women with false promises of modeling contracts and fame. Blake is seeking at least $200,000 in damages according to TMZ.

According to Jezebel, Blake was an amateur model and part-time tutor who fantasized about being a movie star or one of the Glee team when she was contacted out of the blue by the Miss California USA recruiter in November 2012.

She responded right away to his request to schedule a meeting.

'I didn't expect them to pick me in a million years,' Ashleigh said in a YouTube video to raise awareness of the scam. 'When they did, I thought it was the start of my dreams coming true.'

After filling out an online application, she was invited to an interview session with Rodriquez and a handful of other girls at a hotel near her home.

They watched a promotional video and had one-on-one interviews, during which he told Blake he'd help find her sponsors to pay the $895 non-refundable application fee. 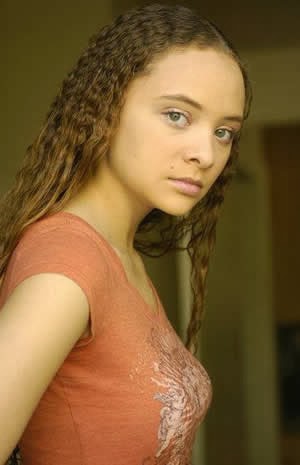 Surprised: Blake, a 5ft 8in model was surprised when she was contacted by the Miss California USA recruiter to apply for the MUO pageant

'Basically, I had to give him head and other "sexual favors" if I wanted to be on the cover of the magazine,' she said on YouTube.

He said that this was simply the 'fast track' that 90 per cent of all successful actors and models had done to get to the top and her path to fame would be guaranteed if she did the same.

He then asked her to 'prove herself' right there in the Starbucks parking lot.

When she looked upset, he let her out of the car and told her to think about his offer. She told the police, who said it was a civil rather than criminal case because he didn't force her to do anything. She also approached Keith Lewis, the State Director for Miss California USA.

She said he told Blake in an email that he was horrified by her experience and would remedy the situation, but advised her to keep her story under wraps.

Rodriguez confirmed to Jezebel in March that he had met Blake in his car outside of a Tracy Starbucks to impart his knowledge about making it in modelling.

'She told me she would do whatever it takes, and now she's throwing my help in her face,' he told Jezebel.
He denied that he personally requested a blow job, but said that he told her he knew of a magazine where 'young ladies can get on the cover if they do some type of sexual favors with the people at the magazine.'
He said he had offered the same option to other aspiring models and at least one who took up the offer was 'doing very well.'

'This is character assassination and it's a shame because I've helped a lot of people in the past.' he said.
He said he only met with Blake because she said she couldn't afford the fee for Miss California USA.
'The pageant industry is expensive for young ladies,' he said. 'I feel bad for those who dream about it but financially can't make it happen.'