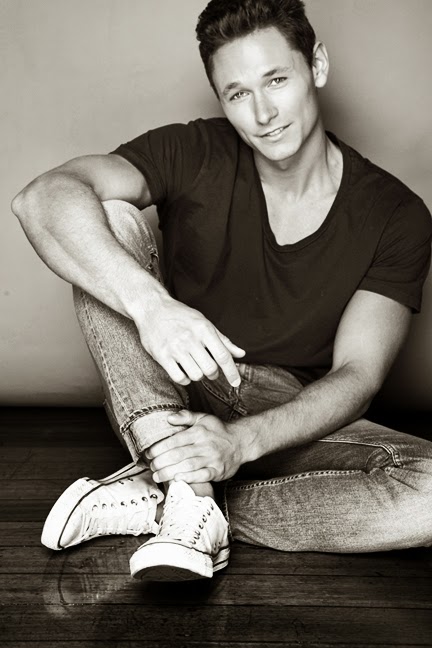 NICKLAS PEDERSEN, 23, was selected by the Miss & Mister of Denmark Organization as Denmark's representative to Mr. World 2014 competition scheduled to be held at The Riviera International Conference Centre, Torbay, Devon, England on June 15. Critical Beauty is grateful to Nicklas and to his national director, Lisa Lents, for allowing this e-mail interview.

How does it feel to represent Denmark in Mr. World 2014?

I would lie if I told you that it doesn’t feel absolutely amazing, because it definitely does! I’m extremely honoured and very proud to represent my country in a massive beauty pageant like this. It doesn’t get much bigger than this!! I’m so excited!

You have been living in Australia for two years and you speak with an Australian accent? Do you feel more Aussie than Danish, or do you feel equally Aussie and Danish at the same time?

It’s a bit funny because I actually don’t speak with an Australian accent. I have got family from New York and they used to spend summer holidays in Denmark when I was a kid. So while they were staying here, they taught me English and from there I adapted an American accent. But even now it’s not even American either. During my time in Australia I have become friends with people from all over the world and now it’s all just a big mixture of accents from around the world. It’s always a big mystery when people try to pick where I am from.

I definitely feel Danish. I grew up in Denmark with Danish values and Danish traditions so I would say I’m still as Danish as it gets. Even though I don’t live there at the moment, Denmark will always be my number one and that’s where I want to settle down one day.

Oh, that’s a hard one. But I reckon that the best thing about Australia would have to be the weather. I have always loved summer and being in the sun and just being able to be outdoors.

Best thing about Denmark? It has to be the pastries. Haha! :)

The best thing has to be that we are the happiest people in the world. We have a lot of benefits. Education is completely free, so is the medical system and the fact that if you lose your job, the government will support you with a decent income for up to two years if you are still unemployed. And then of course our cycling culture. We love our bikes and would rather jump on the bike than use our car. 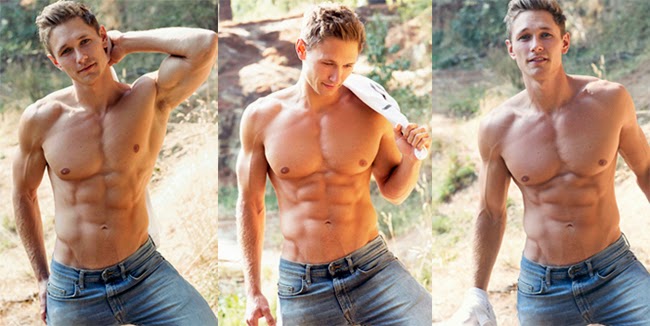 I absolutely love to walk down memory lane and talk about all the silly and unforgettable things I have done with family and friends. Even though I am still young, I have traveled quite a fair bit and experienced some amazing things I wouldn’t change for a thing.  You only live once, so it’s about making the best of it. There is nothing better than catching up with people and reliving the moments that made you laugh and made you the person, you are today. That always makes me smile and truly brightens my day.

Unfortunately life is full of ups and downs. Something that has always had a great impact on me, is when you hear of people losing a friend or a relative. Nothing hurts more than when people pass away, often too early and the thought of never seeing them again is truly devastating.

When you were a child, what did you want to be when you grew up?

I remember when I was a kid I always used to watch movies and admire police officers for being brave and for their heroic actions.  So I thought being a policeman and saving the world would be the coolest thing ever. When I got older and realized it wasn’t all about playing cops and robbers, I decided to go down another path.

What are your strengths and weaknesses?

I consider myself quite the optimist.  I am always happy and look at the bright side of life. I am a winner and won’t give up until I have reached my goal.  And combined I have managed to come a long way. I believe that if you want something bad enough, you can always find a way to succeed.

When it comes to weaknesses, I would have to admit that I can be very lazy with some things. I attend to postpone things that don't interest me or leave things until the last minute. I am possibly the most indecisive person in the world. I could walk into Blockbuster to rent a movie but come out empty handed because there would be too many good ones to choose. 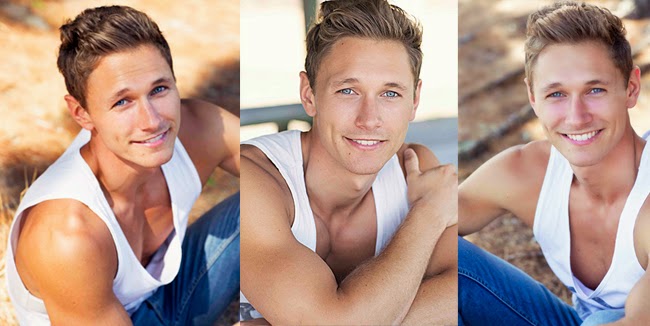 If you were to come back as an animal in the next life, what would you be and why?

If I had to choose one I would probably say as a dolphin. It is a beautiful animal that likes to play and when interacting with humans, they come across very friendly. I love to swim and have always loved the ocean.

True or False: People who are attractive tend to be more successful.

I wouldn’t say it is true but not false either. In today’s world being attractive can make things easier for some people. With that being said, if you don’t have the personality and brains to back you up, you are not better/more successful than the not-so-attractive person. There are obviously some industries, which are purely based on looks like modelling, but most of the industries in today’s world rely on skills and talent.

Many times we hear older generations comment on how younger generations lack motivation, passion, drive or respect.  Do you think there is any truth to this or is it all nostalgia?

That is so true. I think we have all heard our grand parents telling stories from when they were young and acknowledges that things were very different back then. My mom works at a school and often talks about how disrespectful kids are these days. Especially the language has changed with smaller kids using the F word daily. If that happened 40 years ago, you would have been sent home, but these days people barely even notice. 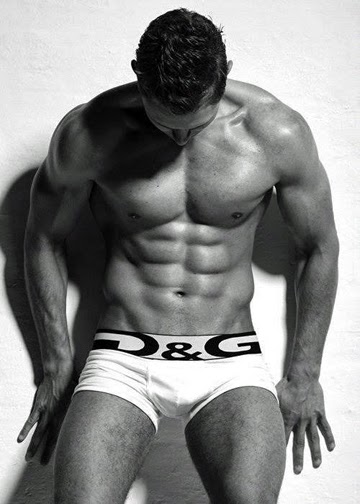 Describe three things that you would never do to someone you love.

One thing is for sure. I would never commit infidelity. It’s unacceptable and shouldn’t occur at all.

I would never let money become a conflict or issue with someone I love.

Honesty is very important. I am a terrible liar and people can usually see when I am trying to lie. I can’t hold a straight face and usually start laughing.

If you could change one thing about yourself, what would it be and why?

I would say that I wish I didn’t bite my nails. It’s the worst habit and it doesn’t look nice. I have actually decided that after my crowning as Mr. World Denmark 2014, I will stop! So hopefully I will be able to quit completely.

If Playgirl offered you a million dollars to pose totally nude, would you do it?

No, I wouldn’t pose totally nude. I can imagine how hard it would be to turn down a million dollars if you got the offer, but money isn’t everything for me, so posing nude would be taking it too far for my personal opinion. 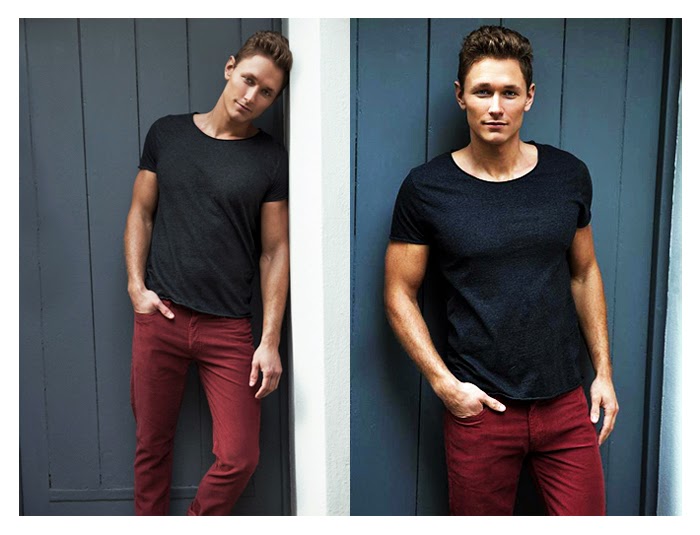 Would you date an individual that you did not think was attractive?

I think I would. I have met women before whom I didn’t find physically attractive, but when I got to know them and witnessed how amazing their personalities were and suddenly everything about them became beautiful.

If you could change one thing about your past, what would it be?

How would you describe your ideal vacation?

I love to travel and have a lot of things and places to see on my bucket list. From trekking in South America to living it up in Vegas. But the most ideal one would be with friends and family in an amazing luxury resort in the Maldives. I have always wanted to lie in a hammock on the beach between two palms, just like you see in the movies.

What are your plans for the future?

I would like to remain in Australia if possible. I enjoy living here and I have built a life here now. But with that being said you never know what’s going to happen. I am extremely excited about representing Denmark at Mr.World 2014 and to see if that could open any doors for me. I don’t expect anything and I’m just going to do my best and see how it goes. Otherwise I still dream about travelling in South America and the U.S. 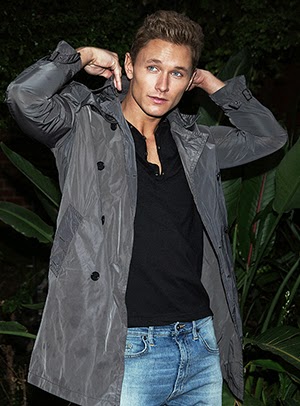 How are you preparing yourself for Mr. World 2014?

After being crowned as Mr. World Denmark 2014, I have started a healthy diet and serious training. I have been looking at the previous Mr.World competitions and discovered that fitness and physical obstacles are a big part of it. I am doing my best to obtain the best shape so I can bring Denmark to the top.

To win Mr. World 2014 would be a massive achievement. Not just for me but for Denmark as well. Male beauty pageants are not common in Denmark so winning a title like this on the world stage and being able to put Denmark on the world map would mean the world to me! I love to travel and experience different cultures. So being able to do that, as Mr. World 2014 along with doing great things around the world would be the greatest experience. To volunteer, help people and make a difference in the world is something that would make any human being proud. 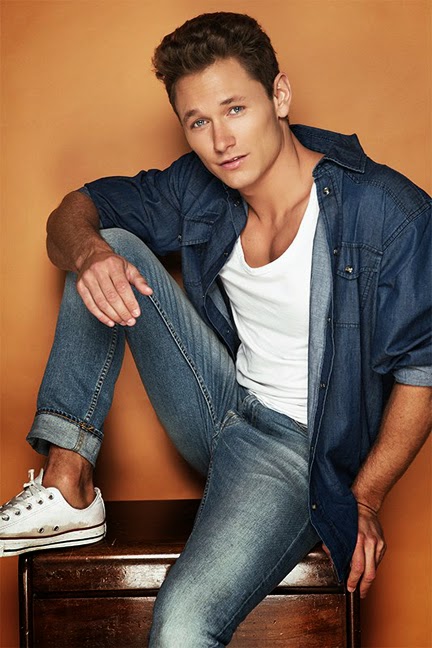 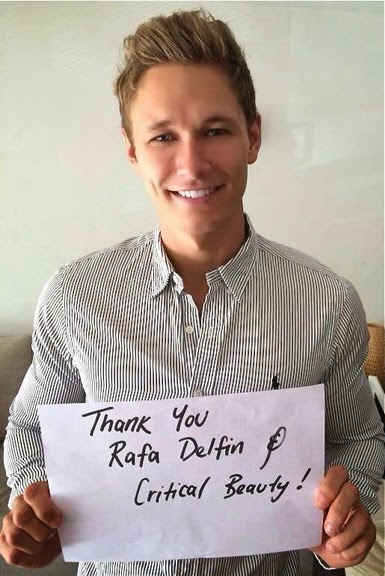