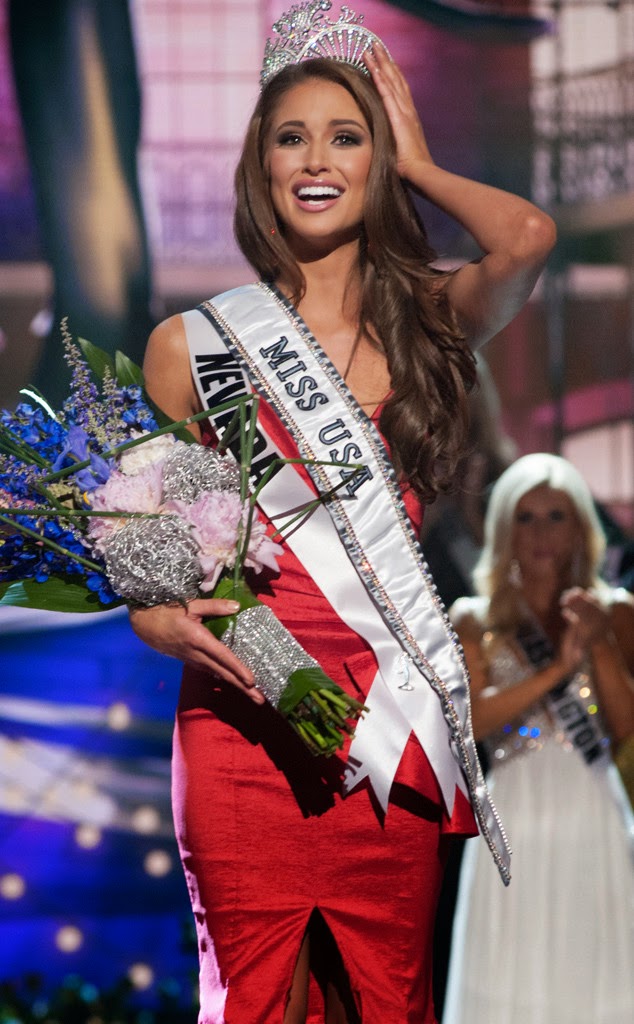 Nia Sanchez, a 24-year-old  fourth-degree black belt in the Korean martial art of taekwondo, was crowned Miss USA 2014 on Sunday night, June 8, at Baton Rouge Civic Center in Louisiana. Her court includes 1st runner-up Audra Mari of North Dakota, 2nd runner-up Tiana Griggs of Georgia, 3rd runner-up Brittany Guidry of Louisiana, 4th runner-up Brittany Oldehoff of Florida, and 5th runner-up Carlyn Bradarich of Iowa. Bradarich got a second chance when the viewing audience gave her the most votes on Twitter in the pageant’s first-ever “Save the Queen” option. Sanchez's win marks Nevada's first ever Miss USA crown. It was also the first time in the 63-year history of the pageant that the show was broadcast live for three hours.

The Miss Photogenic award went to California and  Christina Palavra is the first woman to have won the Miss Congeniality award  representing Rhode Island.

Sanchez will now represent the United States in 2014 Miss Universe pageant whose date and venue have not yet been officially confirmed.

Review of the telecast to come soon!