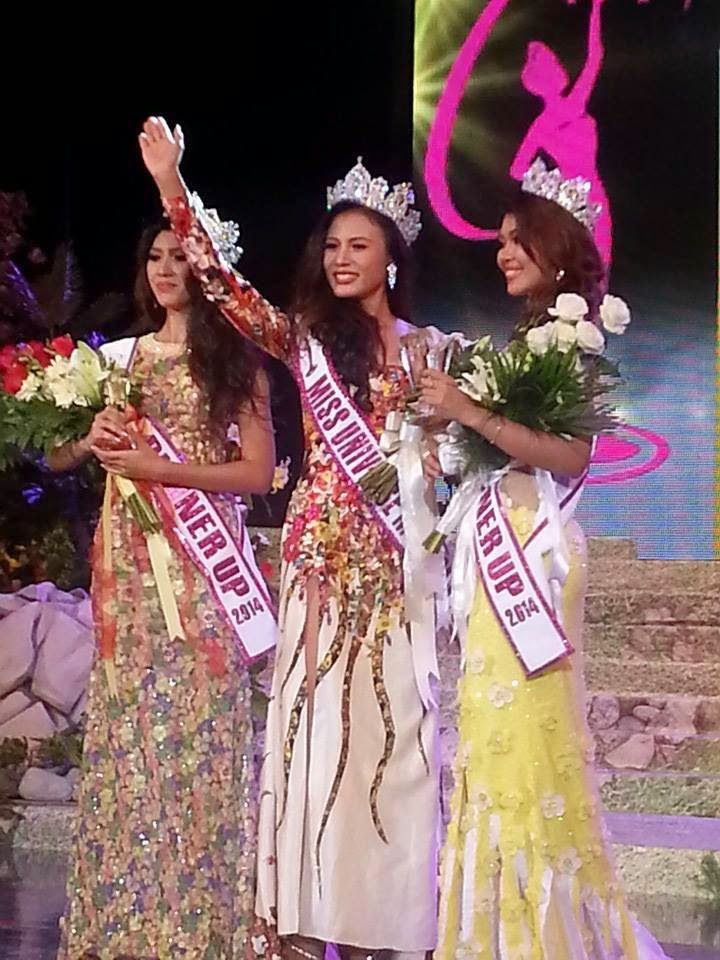 YANGON, July 26 (Xinhua) -- Myanmar on Saturday selected Sharr Htut Eaindra as a representative to compete in the Miss Universe 2014 beauty pageant. Yoon Mhi Mhi Kyaw (#16) finished first runner-up, while Shwe Sin Ko Ko (#2) was second runner-up.
This will be the second time for Myanmar to compete in the beauty pageant in more than 50 years.
Moe Set Wine was crowned in Miss Universe Myanmar 2013, making her the first woman to represent the country in the Miss Universe contest since 1961.
Source: Global Post, 7/26/2014