Rathi Menon, 23, was crowned Miss Universe Singapore 2014 on Friday night. The first runner-up was 20-year-old model and entrepreneur Arrian North, while law student Ijechi Nwaozuzu, also 20, was the second runner-up. Rathi will represent Singapore in the Miss Universe 2014 pageant whose date and venue will be announced soon by pageant owner Donald Trump, according to his tweet earlier today. 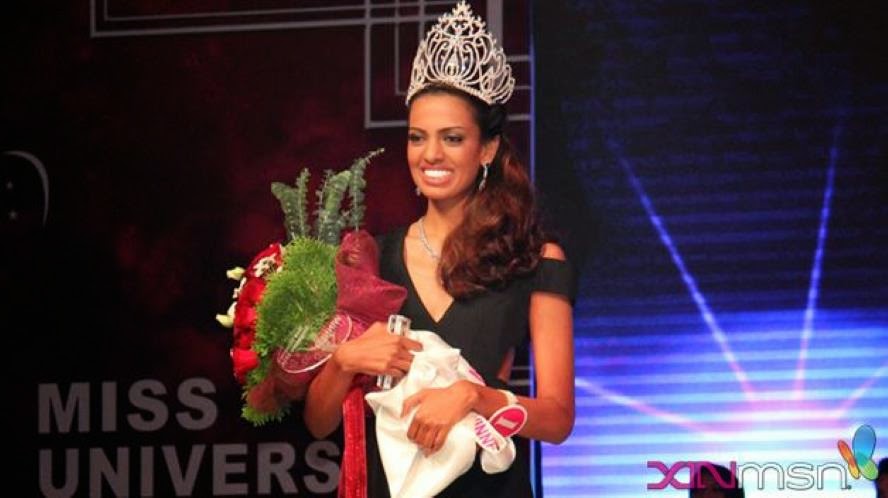