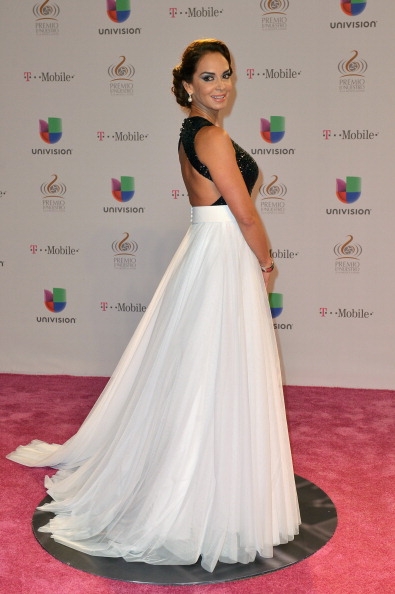 Lupita Jones is not happy with the comments Donald Trump made about Mexicans, and it is because of this that the pageant director is considering removing Mexico from the Miss Universe competition.

The Mexican ex-beauty queen posted a statement on her Twitter account stating that due to the recent comments about Mexico the actress was concerned about the participation of the country in the popular competition.
"Following the first statements made by Donald Trump, where he openly showed his enmity with Mexico, as national Director of Nuestra Belleza Mexico I go in direct contact with the director of the organization, Paula Shugart, to know the position of the Mexican representative in the Organization," said Jones.
"She assured me that there will be a respectful, dignified and fair treatment of Wendy Esparza. I trust in the seriousness, honesty and professionalism of Paula Shugart."
The comments to which Jones refers are those made by Trump when announcing his bid for the presidency last week. Trump made comments about immigrants from Mexico, which caused a stir online and had many celebrities and Latinos criticizing him and denouncing his campaign.
Trump called Mexican immigrants "people with lot of problems" and said Mexico is sending the U.S. "drugs and crime" as well as "rapists."
It is due to such negative comments, according to La Opinión, that Jones made a public statement about Mexico's future in the Miss Universe competition, which is run by Trump.
"I will keep in touch with her and in the moment I think I'm putting at risk the integrity and dignity of our representative, I will put in consideration the participation of Wendy in Miss Universe," Jones said.
Jones won the title of Miss Universe for Mexico in 1991. She went on to produce a variety of winners for Mexico in several pageant competitions as pageant director. In 2010, 19 years after she won the competition herself, her efforts produced a winner for Mexico at the Miss Universe pageant.
Wendy Esparza, who is 23 and a journalist, is set to represent Mexico when the Miss Universe pageant takes place later this year.
Source: Latinpost.com, 6/22/2015