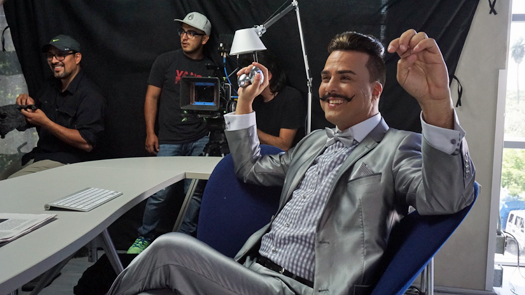 HECTOR JOAQUIN COLON GONZALEZ, internationally known pageant expert, TV host, judge and consultant in the reality show  "Lucha de Reinas” on Fox Life, has undertaken a new project as an actor in the movie, "El lugar más feliz del mundo” ("The Happiest Place In The World") by Costa Rican director Soley Bernal, where he plays one of the villains. The movie is filmed entirely in Spanish.

How did Héctor Joaquín's acting career start? The charismatic Puerto Rican celebrity explains:  "Last October (2014), I was invited to host an event in Costa Rica. After the event, Soley, the producer, approached me and said that she wanted me in her movie. You can imagine my look of surprise. I was shocked, since I have never acted before, I have never appeared in any soap opera, miniseries, much less in a movie, although many people say that I am a natural actor. I have to confess that I always wanted to act. I always wanted to act in a soap opera but my career took another path. But I always say that it's never too late when luck is good, and to be offered a role as a villain in Soley's movie has been a dream fulfilled in my life."

And what would he describe his character? "His name is Valentino. He is vain, eccentric, arrogant, presumptuous,  and conceited. That should more or less give you an idea of what kind of person he is." Is Valentino a reflection of Héctor Joaquín himself? "In bad days, yes. But in good days, no. LOL!"

"Definitely to be alongside the best Costa Rican actors and comedians is an honor that keeps me flying low ('volando bajito'), as we Puerto Ricans would say, and it is a great opportunity that I'm sure will open new doors for me. Maybe from now on I should give pageants a rest and focus more on my acting and hosting career. I've always said that in life, if you have the talent then you have to do what you have to do and I came to this life to do everything, to face every possible experience and I am going to take advantage of this particular one to the maximum." 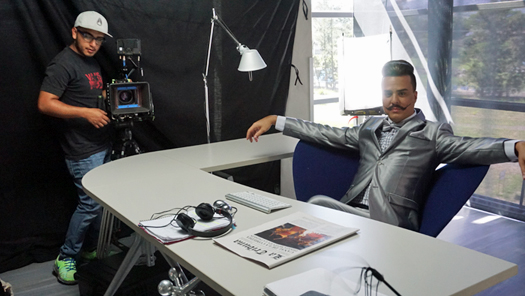 Héctor Joaquín  started his pageant career as a correspondent for Critical Beauty where he worked actively from 2004 until 2011. He created his own blog, www.hectorjoaquin.com which has attracted many followers. And if he is not blogging or updating his social network, he is busy traveling and covering various pageants (national and international), and preparing pageant contestants. He has been contracted as the official trainer for the new Miss Costa Rica, Brenda Castro, who is competing in Miss Universe 2015.

Although he is now freelancing as a pageant correspondent and consultant, he says he will always consider Critical Beauty as his permanent home. "Without Critical Beauty, I wouldn't have gone this far in my pageant career. CB gave me the chance to show the world my journalistic skills. They believed in me and continue to support my work. I owe it all to them, especially to its editor and founder, Rafa Delfin, who has become my number one mentor and best friend."

We wish  Héctor Joaquín the best of luck and we can't wait to see him on the big screen!

Watch the official trailers of the movie: