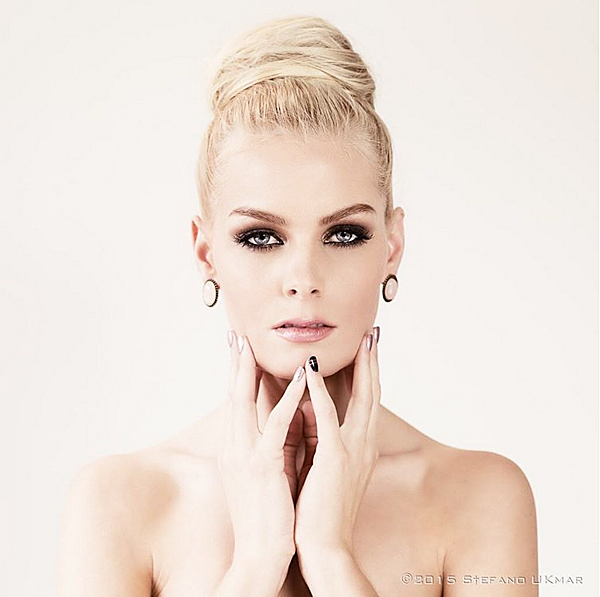 1. Tell us a little about yourself, your family background, education, and how you became Miss Earth Denmark.

I grew up in the Faroe Islands, a constituent country of the Kingdom of Denmark, with a small population of only 50,000! I am the middle child of a blended family with parents who have blessed me with an extended, closely-knit family. I am currently a student studying marketing in the Faroe Islands as well. Originally, the new organization for Miss Earth Denmark only had the rights to Miss Universe - a sponsor, Laila av Reyni, who was also a judge, for the pageant went on the radio to see if any girls were interested in competing. Amongst 300 Faroese girls, I was selected to be the first "Miss Universe Faroe Islands", and represent my nation at the national finale.

We have never had a "real" pageant in Denmark, at least in my lifetime, and I thought "why not?" I was hesitant at first, and actually missed the deadline, however I found out via the Faroese news that I had been appointed, and I was so excited and honoured to be selected to be the first semi-finalist. Shortly after all of the top 25 girls were selected, the organization acquired the Miss United Continents Denmark, Miss International Denmark, and Miss Earth Denmark rights. The four titles are treated equally, with equal prizes, preparation, exposure, and support, so the four titleholders are treated as equal queens, with separate duties and separate goals. 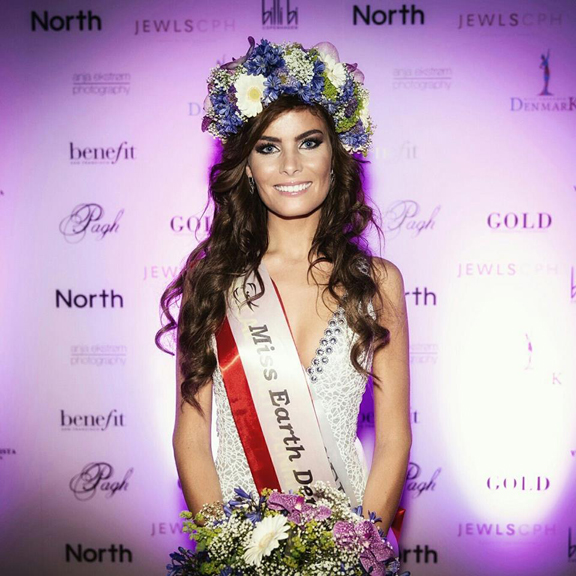 3. How does it feel to represent Denmark in Miss Earth 2015?

It is amazing, really! I never thought I would even make the top 12, let alone the top 6, and then to be in the top 4 and receive a title was a dream come true. I feel that I have been a voice of the Faroe Islands to many people who do not know much about it! I am proud to be a part of the Kingdom of Denmark, and also proud to be a full blooded Faroese representative. Denmark is one of the most "green" nations in the world, and the first Miss Earth was from Denmark. It is important that I am able to be an example for other women, and learn from other women. I have been mentored and coached by several former titleholders and I feel very supported and prepared!

4. Give three adjectives that your friends would use to describe you. 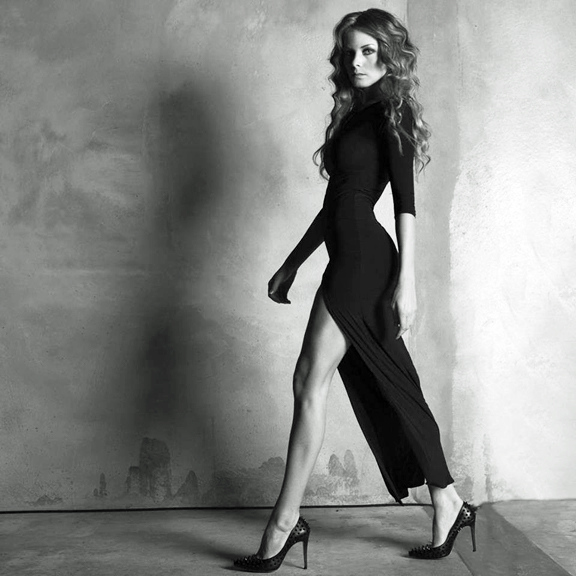 5. Tell us about one life-changing experience in your life.

I was able to meet Aino Korva, Miss Denmark 1963. She is a breast cancer survivor, actress, model, and example! Several of us girls had been e-mailing with her, to get advice, encouragement, etc. I thought I would be able to meet her at the Danish national finale, but unfortunately, her chemotherapy prevented that. I was able to meet and spend time with her in the USA, and we found out we were more similar than you could imagine. Aino has two beautiful sons, and even a few grandkids, but I would like to believe that all of us girls are her "adopted" daughters - either way, we are sisters as part of the legacy of Danish "beauty queens", and understanding the legacy, and how strange life can be truly was a humbling experience.

6. Name three things that you would never do.

Cheat, lie or steal - Life is hard enough, if you can stick to these basic rules, you will never have to explain yourself, make excuses, or hurt others. You control your own destiny! 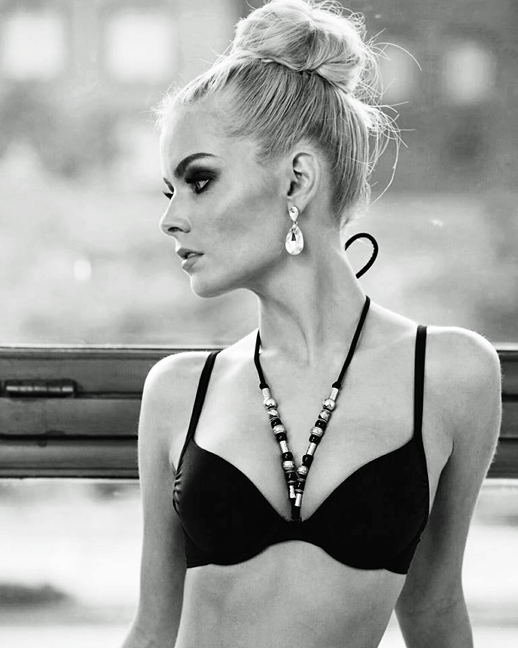 I really enjoy being outside in nature. I am blessed to live in a country that has the smallest carbon footprint in the world, and is very self sustaining. I mostly enjoy spending time with my family, close friends, and boyfriend. He is incredibly supportive of me throughout this entire thing!

8. What would constitute a "perfect" evening for you?

Quality time with family. Family is so important, I love seeing family's interact with each other, tell jokes, be happy. I believe that going to Miss Earth will extend my family to over 90 beautiful girls from all over the world. I am so excited to learn about the cultures too! 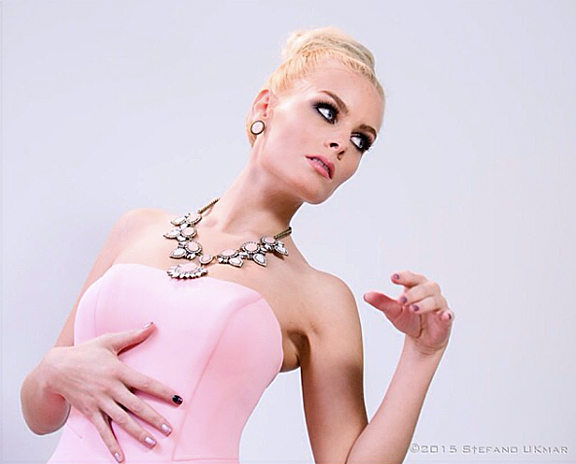 9. Tell us a little bit about Denmark. What makes Denmark different from the rest of Europe?

Denmark is a very special country, for many reasons. It has the oldest monarchy in the world, tracing its roots back to the 1400s. We also have the highest taxes in the world, which equates to equal education opportunities and benefits for people. Most people do not know this, but in Copenhagen, there are 1.4million people living there, but over 1.6 million bicyclists! Also, Denmark is not only the land of the Vikings (as are Sweden, Norway, Iceland, and more), but Hans Christian Andersen is the father of all fairytales, such as "The Little Mermaid", "The Snow Queen", and more. The oldest rollercoaster in the world is also in Denmark at Tivoli Gardens! Denmark also has the best benefits in the world for working mothers - a year's paid leave with guaranteed equal or greater job assurance when one returns from maternity leave. It also has the lowest wage gap between men and women in the workforce, in any recognized country.

10. What do you think is the biggest environmental problem facing Denmark and what can you do about it?

I believe that one of the biggest environmental problems facing Denmark would be consumption. Although the government does its best to tax individuals, such as a 180% tax rate on a car, and taxes on water, on top consumption is one of the things the government tries to implore to reduce consumption, however I believe education and putting into practice actual minimal resource consumption is a better route. Because Denmark is so small, and the Faroe Islands are so small, people do not tend to see things on a global scale, and I believe that we need to be more responsible for ourselves when it comes to consumption and contributing to a negative global climate change. 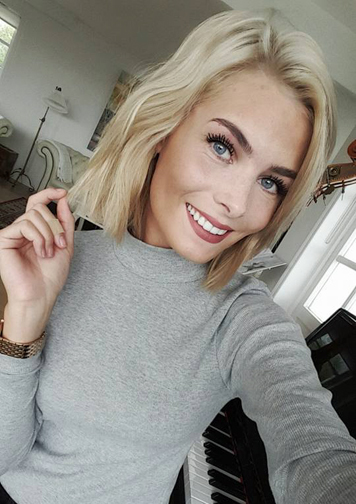 11. How will you motivate others to practice sustainable living choices?

I try to lead by example. In Denmark, we are very resourceful with our electricity, water usage, and recycling. In the Faroe Islands, we try to utilise as many resources as we can to avoid major imports, which lead to more resources and consumption.

12. If you were to make a time capsule to represent life today, what would you put in it?

Naturally, a selfie-stick attached to a phone (Samsung or iPhone6S!), as well as an energy drink (Mokai!), and a trendy piece of high quality, silver jewelry. I believe technology, sustenance, and fashion would the best way that I could tell the story of how life is represented today.

13. If you woke up tomorrow and gained any one ability or quality, what would you want it to be and why? 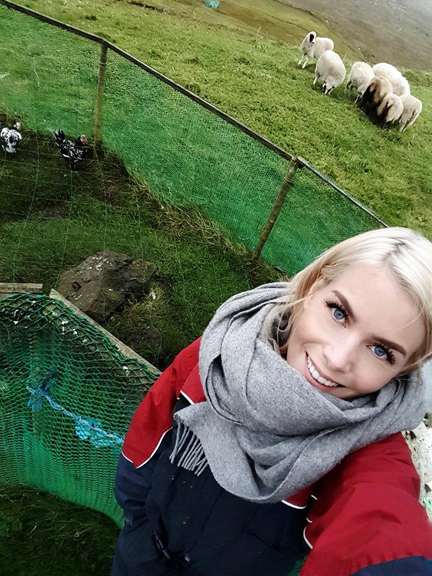 14. How would you describe Mother Earth to a blind person?

Mother Earth is more than just what you see with your eyes, it has to do with freshly cut grass, the small of sea salt, the feeling of hot sun rays on your face, and the taste of a fruit or vegetable straight from a fresh garden! There is also swimming, sky-diving, hiking... So many senses are emboldened when one does not have their sight. I heard a story once of a talented musician who was blind, but received his eyesight, and then demanded to go blind again, because his musical skills depreciated as a result!

I am living the "green" lifestyle, truly. I handle animals, sheep, and chickens on a daily basis, I always have, it's the way of life. I believe that because I am very well versed in the issues affecting the world, regarding global climate change, and have even reduced my own consumption rate since I won, I deserve to win this title. I know there have been a lot of beautiful girls competing, but I am feeling strong and supported in this. 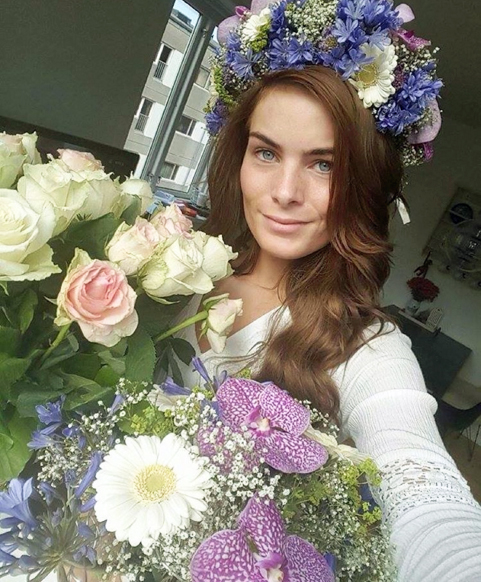 Critical Beauty wishes the best of luck to Turid in Miss Earth 2015!
And thank you to John Hamilton de Voss for facilitating the interview!