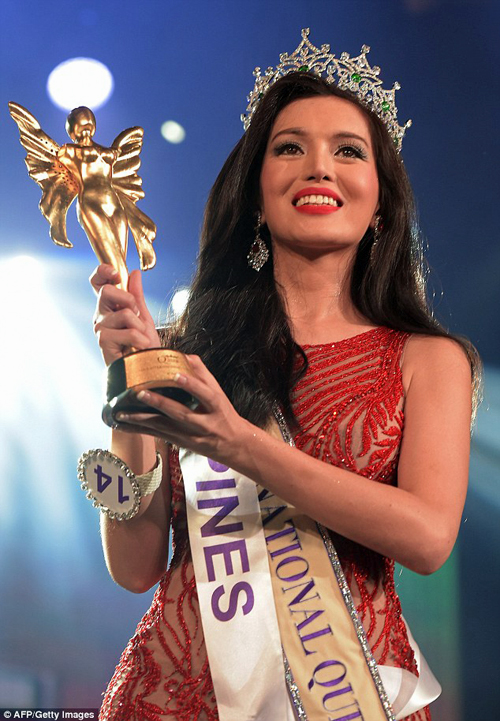 Transgender contestants from 17 countries competed in this year's Miss International Queen beauty pageant in Pattaya City, Thailand, which is the trans community's most prestigious contest, but it was Miss Philippines who took the highly-coveted crown.

Trixie Maristela, 29, broke down in tears as she was named the 2015 winner today, while Valesca Dominik Ferraz of Brazil was named the first runner-up, and Sopida Siriwattananukoon of Thailand was named second runner-up.  'The reason why I want to join Miss International Queen 2015 is I believe in its vision of uplifting the trans community by staging an international beauty pageant and I want to be part of it,' Trixie said in a video during the competition.


Trixie is the second Filipino to win Miss International Queen, which began in 2004. Kevin Balot took home the crown in 2012.

The beauty queen, who also won the Philippines pageant Miss Gay Manila this year, graduated from the University of the Philippines with a degree in European languages, and also plays the violin.

Donning a red sequin gown and bright red lipstick, Trixie beamed as she was given the sparkly tiara and gold trophy.

Like the Miss Universe pageant, the competition includes a swimsuit and evening wear portion, and a round in which contestants also wear traditional garb from their country of origin.


During this year's swimsuit round, each beauty queen showed off her toned body in a yellow bikini and purple sarong. Trixie donned a traditional Thai outfit in this year's show, paying homage to the country hosting the event. 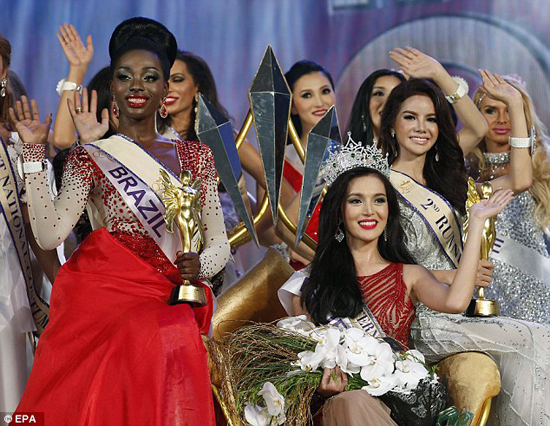 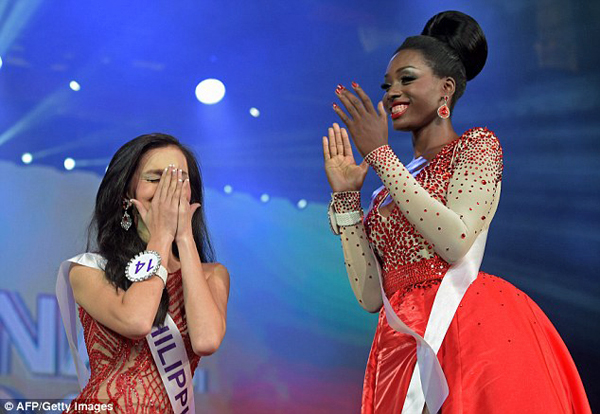