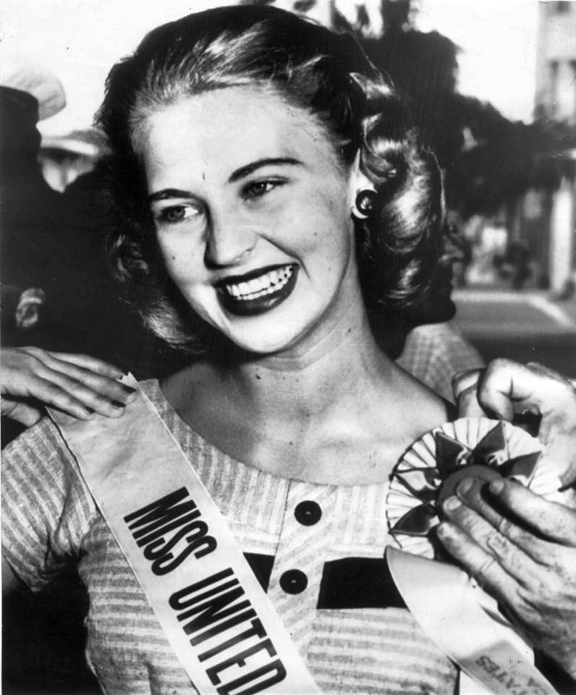 Charlotte Sheffield has passed away on April 15, according to her daughter Tammy who posted the sad news on Charlotte's official Facebook page. She had been battling leukemia but contracted a rare pneumonia which further debilitated her. Charlotte represented Utah at the Miss USA 1957 pageant which was originally won by Leona Gage of Maryland, however, Leona was stripped of her title days later during the 1957 Miss Universe pageant when it was revealed that she was 18, married, and a mother of two children. Charlotte was not able to compete in Miss Universe 1957, but was sent to Miss World 1957 but did not place.  (Photo credit: owner of the photograph)