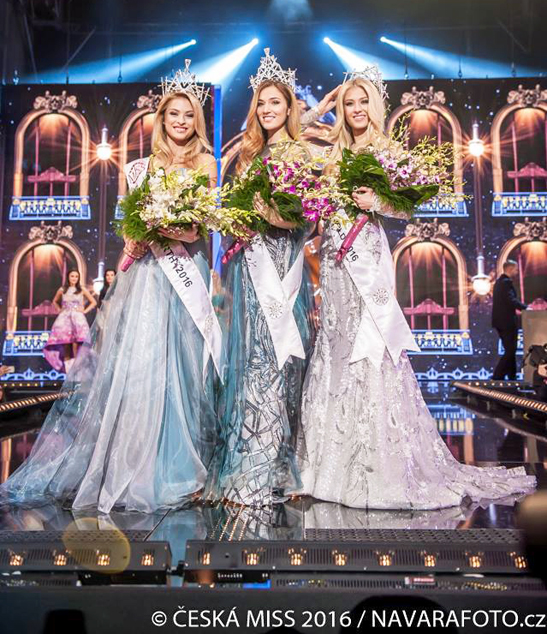 Andrea Bezděková (center) was crowned as Miss Universe Czech Republic 2016 by the outgoing titleholder, Nikol Švantnerová at the coronation night of Ceská Miss 2016, which was held at the Municipal House in Prague on April 2nd. Andrea will represent her country in the 2016 edition of Miss Universe whose date and venue have not been confirmed.