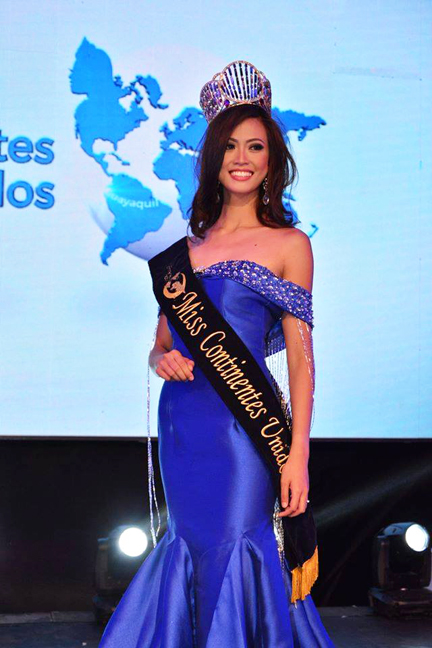 Jeslyn Santos of the Philippines was crowned Miss United Continents 2016 ("Miss Continentes Unidos") in Guayaquil, Ecuador on September 24. She is the first Asian to have won this pageant which used to be called "Miss Continente Americano" until 2011. Jeslyn was crowned by outgoing queen Nathalia Paiva Lago of Brazil. Her court includes 1st runner-up Mette Riis Sørensen of Denmark, 2nd runner-up Lopamudra Raut of India, 3rd runner-up Taynara Gargantini of Brazil, 4th runner-up Cynthia Duque of Mexico, and 5th runner-up Rita Silvestre of Panama. Completing the top 10 were the delegates from Colombia, Thailand, South Africa and the Dominican Republic. 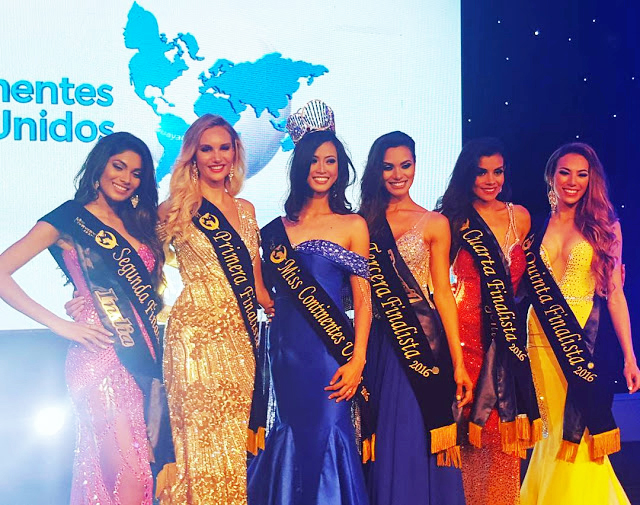