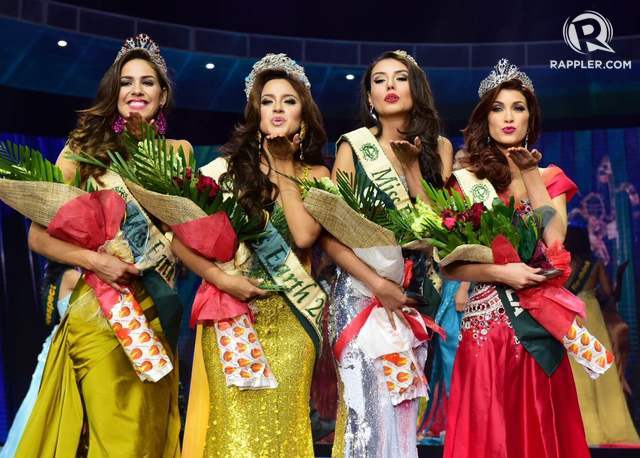 Katherine Espín, a 23-year-old model, cosmetologist and law student from Ecuador was crowned Miss Earth 2016 Saturday night (Oct. 29) at the Mall of Asia Arena in Pasay City, Philippines. She was crowned by the outgoing queen Angelia Ong of the Philippines. Espín's victory marks Ecuador's second Miss Earth crown; Olga Alava won in 2011.
The other winners are:
Miss Earth Air 2016: Michelle Gomez of Colombia
Miss Earth Water 2016: Stephanie De Zorzi of Venezuela
Miss Earth Fire 2016: Bruna Zanardo of Brazil
Rounding up the top 8 were the delegates from Russia, USA, Sweden and Vietnam. Completing the top 16 were the delegates from Australia, England, Italy, Korea, Macau, Mexico, Northern Ireland and South Africa. The host candidate from the Philippines failed to make the cut. 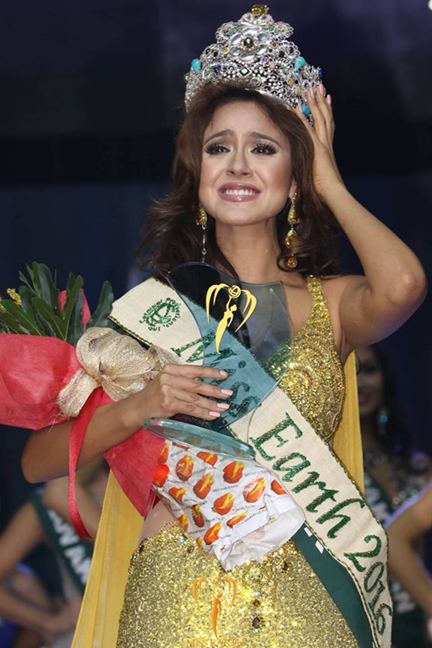 Tatiana Ovcinicová of Moldova won the Best Eco-Beauty Video award while Charlotte Hitchman of Wales was awarded the Miss Best Eco Warrior title.
Espin said she joined the beauty contest to forward her advocacy of instilling in young students the importance of taking care of the environment.
"I chose this because I believe that the best age to teach a person to have environmental conscience is at an early age because on their growing years they will learn to have respect towards the environment which will help to the future generations," she explained.
Eighty-three contestants from all over the world competed in the 16th edition of the pageant. Three countries debuted this year: Iraq, Palestine and Kyrgyzstan.