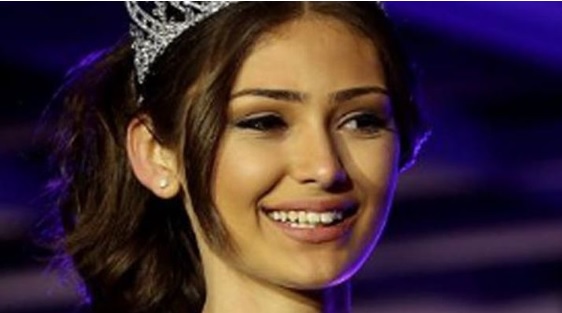 A Sydney beauty queen caught in a police drugs bust is set to lose her title after organizers launched an investigation.
Miss Lebanon Emigrant Australia - Najah Ghamrawi - was arrested after a chase by police officers who spotted her driving a high performance Volkswagen Golf erratically through Bankstown last month.
She was forced to pull over in Derribong, Street, Villawood, when a tyre burst and was questioned at the scene along with her 20-year-old male passenger.
It is alleged officers seized 22 grams of the drug ice and a large sum of cash from the man.
The pair were arrested and taken to Bankstown police station where the man was charged with drug offences and bailed to appear at Bankstown Local Court on February 22.

Ghamrawi, 18, was fined more than $1350 for a number of driving offences including not wearing a seatbelt, negligent driving, not complying with high performance car restrictions and not displaying P-plates. The beauty queen was not charged with drug offences.

Hiam Yazbeck, from the events company that organizes the Miss Lebanon Emigrant Australia pageant, told nine.com.au its legal team was investigating the incident and if the facts were verified Ghamrawi would be stripped of her title.

Pageant representatives had been attempting to contact Ghamrawi by phone and email but she had not returned their calls.

Miss Yazbeck said the incident involving the beauty queen was "definitely not" the image they wanted to present to the world.

She said the investigation was under way and would be reporting back to the event's organisation committee within a few days.

The committee would then decide whether to take Ghamrawi's crown from her.