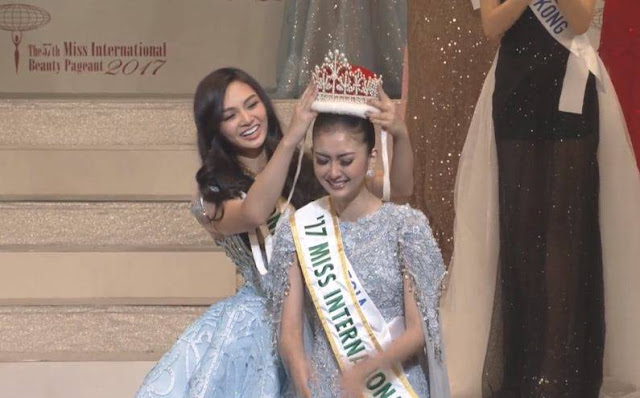 Kevin Lilliana, 21, from Bandung, Indonesia was crowned Miss International 2017 on November 14 at the Tokyo Dome City in Tokyo, Japan. She is the first woman from her country to have won the world's fourth biggest pageant which began in 1960. She was crowned by her predecessor, Kylie Versoza from the Philippines. 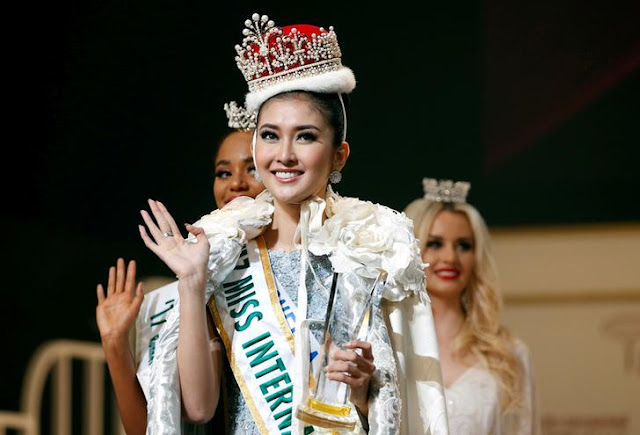 The new queen waves to the crowd during her victory walk 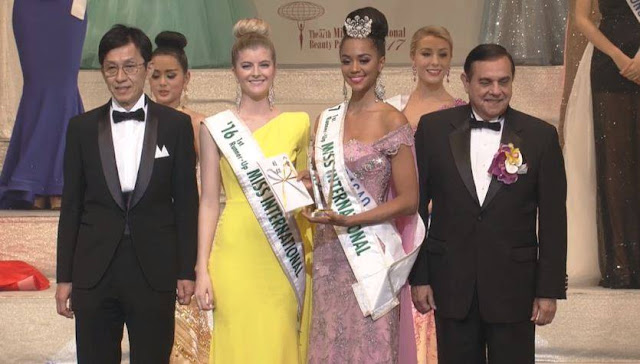 The first runner-up is Chanelle De Lau, 22, from Curaçao 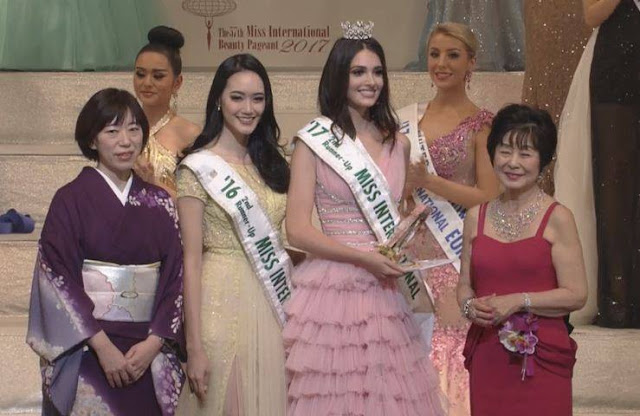 The second runner-up is Diana Croce, 20, from Venezuela 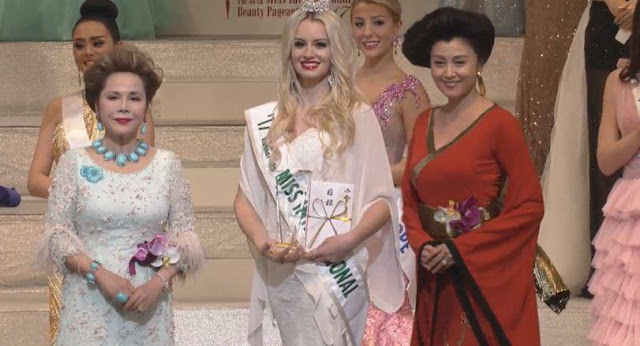 The third runner-up is Amber Dew, 21, from Australia 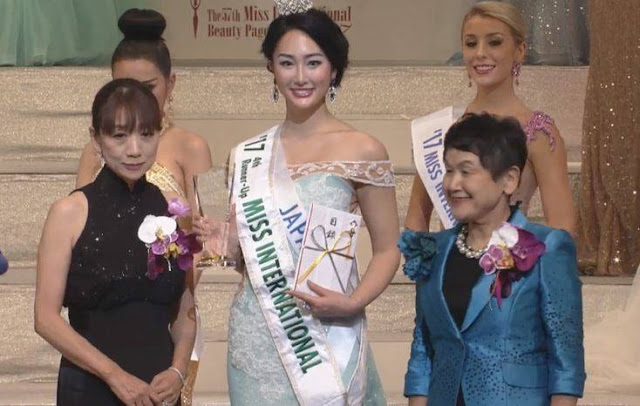 The fourth runner-up is Natsuki Tsutsui, 23, from Japan