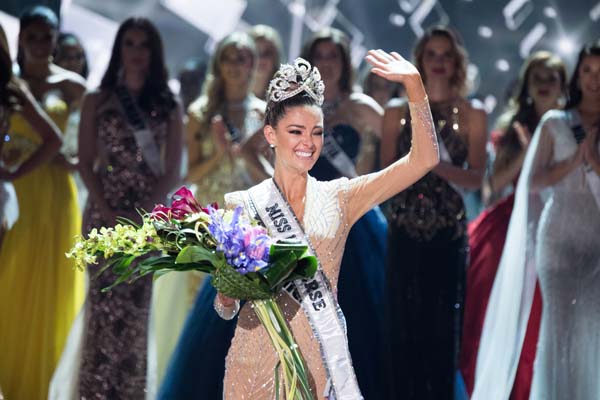 
MANILA, Philippines — Miss Universe 2017 Demi-Leigh Nel-Peters and selected candidates of the Miss Universe pageant will be tapped as ambassadors of Philippine tourism as they are set to promote some of the country’s tourist destinations during their four-day visit this week.

They will be joined by Philippines’ bet Rachel Peters, who returned to the country yesterday.

The Department of Tourism (DOT) is still awaiting confirmation from Miss Thailand.

The beauty queens will stay in the country until Dec. 10, Tourism Secretary Wanda Teo said.

Miss Universe 2015 Pia Wurtzbach will not be able to join them as she is still in the US, according to Teo.

The beauty queens’ Philippine visit will start with a tour around Rizal Park and the walled city of Intramuros tomorrow, Teo said.

They will also attend the DOT’s Christmas party and charity ball on Dec. 7.

The beauty queens will visit Batanes, Bohol and Camiguin on Dec. 8.

Teo said they chose the three provinces because these were not part of the destinations visited by the Miss Universe candidates during the 2016 pageant in Manila.

Teo said the beauty queens would attend the “Women of Significance” gala night and a fashion show in Pasay City on Dec. 9.

The gala night costs P50,000 per table. Teo said 20 tables are available during the event.

The beauty queens’ Manila visit is part of the DOT’s “Bring Home a Friend” campaign, which encourages Filipinos and other tourism ambassadors to promote the country’s tourism industry.

“They wanted us to host the Miss Universe again this year,” she said.

Teo said the MUO appreciated how the Philippines hosted the Miss Universe 2016 pageant.

After hosting the Miss Universe 2016 earlier this year, the DOT said the country’s tourism arrival increased by 11 percent from January to August.

Teo expressed hope that the candidates’ visit this week would help them reach the DOT’s tourist arrival target for this year.