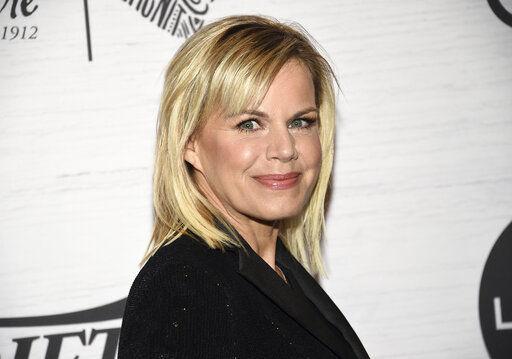 FILE — In this April 5, 2019  photo, Gretchen Carlson attends Variety’s Power of Women: New York presented by Lifetime at Cipriani 42nd Street Miss America-Carlson in New York. Carlson is stepping down as board chairwoman of the Miss America Organization. The former Fox News host and former Miss America says in a statement Wednesday, June 5, that she has helped make the organization more relevant. (Photo by Evan Agostini/Invision/AP, File) Evan Agostini

ATLANTIC CITY — One year ago, Gretchen Carlson was on “Good Morning America” announcing a new Miss America Competition without swimsuits, kicking off months of strife and  within the organization.
On Wednesday, Carlson announced she is stepping away from her position as chairwoman of the Miss America Organization.
“I’ve agreed to stay on as an adviser to the board to allow this work to continue,” Carlson said in a , “Miss America will always be a part of who I am, and I will enthusiastically watch as the organization continues to grow and succeed.” 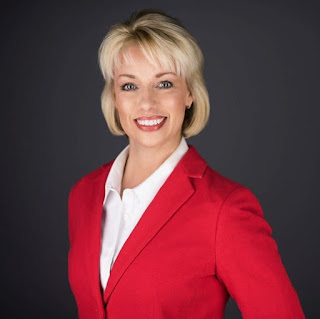 Shantel Krebs (Photo: Avera Health/Submitted)
Shantel Krebs, a former South Dakota secretary of state and Miss South Dakota 1997, will take over the position of chairwoman, and attorney Brenda Keith will serve as vice chairwoman.
“I am excited to support MAO in the chair role by helping to craft initiatives which will serve to inspire and motivate young women across the country to lead by example,” Krebs said in a statement.
Krebs and Keith have both been board members since October, according to the MAO, and were unanimously elected.
Carlson, a former Fox News host and Miss America 1989, took the position of executive chair of the Board of Trustees on Jan. 1, 2018, after a collective of former Miss Americas and pageant stakeholders called for the resignation of former CEO and Chairman Sam Haskell.
Regina Hopper was announced as CEO in May 2018.
While the dawn of 2018 spurred a bit of hope for the pageant, a schism quickly formed in the organization, with allegations of mismanagement, secrecy and mistreatment of the reigning Miss America.
Under Carlson’s leadership, Miss America 2018 Cara Mund called her year of service “tough,” saying she often felt “unheard or utilized or appreciated.” In an open letter, Mund described bullying from Carlson and other MAO leaders.
The allegations were reviewed by a Texas-based human resource firm and were deemed unfounded, but Mund continued to call for a change in leadership.
“I look forward to seeing the Miss America Organization continue to show women the power of their own voice as it approaches the 100th anniversary. I have learned that by having the courage to use one’s voice, influential change can occur. I wish Ms. Carlson the best on her new endeavors and fully support her decision to step down,” Mund said.
Jennifer Vaden Barth, the former MAO board member who claimed Carlson and Hopper orchestrated an illegal and bad-faith takeover of the organization in a lawsuit filed in Atlantic County Superior Court late last year, said Carlson’s resignation may be a good sign for the organization.
“Maybe she realized quitting is the best thing for her and the best thing for the Miss America Organization,” Barth said.
Barth said she noticed Carlson was not as engaged with the MAO on social media and at organization events. Carlson made a brief appearance at a conference in March for state executive directors, Barth was told by state leaders, and noted that Carlson’s efforts have been more focused on her role in the #MeToo movement and her Lifetime television series, “Breaking the Silence.”
Barth said she spoke with Krebs before she accepted the position on the board and explained many of the governing issues facing the MAO.
“I told her to give it serious thought before she joined the organization,” Barth said.
Miss America 1984 Suzette Charles was outspoken against Carlson and Hopper’s leadership following Mund’s bullying allegations and seeing traditional elements of the pageant fall by the wayside.
I’m pleased to hear she’s stepping aside,” said Charles, “though the damage has been done — there’s gonna have to be a lot of glue to repair what’s been done to the tradition of Miss America.”
“I’m pretty upset about it. She was a strong leader,” Miss New Jersey Executive Director David Holtzman said of Carlson’s resignation.
Holtzman was appointed in December after the Miss America Organization agreed to reinstate the state organization’s license, which was revoked for breaking from the central organization’s new vision.
Carlson’s “Miss America 2.0” sought to empower women but failed to bring positive attention to the pageant, instead dividing loyal supporters and producing lackluster event attendance and TV ratings.
After contracts expired for a state subsidy from the Casino Reinvestment Development Authority and television broadcast with ABC Networks, the MAO succeeded last month in partnering with NBC to broadcast the Miss America 2020 Competition. The pageant’s date and location have not been announced.
Source; Press of Atlantic City, 6/5/2019