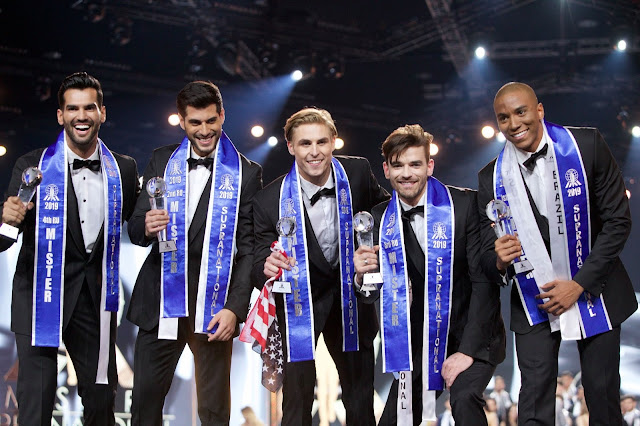 Representing the United States, Nate Crnkovich, 24, was crowned Mister Supranational 2019 in Katowice, Silesia, Poland on December 7, 2019. He bested 40 other candidates.
It was the fourth edition of the international male model based in Poland. Hailing from Omaha, Nebraska, USA, Crnkovich is the first ever titleholder from his country.
The Mr. Supranational 2019 coronation night took place at the Międzynarodowe Centrum Kongresowe w Katowicach in Katowice. Hosted by Davina Reeves Ciara and Sandra Kubicka, it was broadcast  on Polsat and through 140 TV stations around the world
Mr. Supranational 2018 Prathamesh Maulingkar of India graced the coronation night to crown his successor. The outgoing Indian titleholder also served as one of the judges.
Nowa Scena president Parzutka von Lipinsk was the chairman of the board of judges. Television host and singer Paulina Sykut Jezyna, Poland’s “Dancing with the Stars” version “Taniec z Gwiazdami” Seaon 23 winner Janja Lesar, former Calvin Klein vice president Joseph Liu, actress Agnieszka Kaczorowska-Pela, Miss Universe 2011 Leila Lopez and newly crowned Miss Supranational 2019 Anntonia Porsild also served as judges.
Runner-up to Crnkovich was Italo Cerqueira and Brazil. Alonzo Martinez of Peru, Tomasz Zarzycki of Poland and Leonardo Carrero of Venezuela were the respective second, third and fourth runners-up.
As Mr. Supranational 2019, Crnkovich received a prize worth $30,000. He will also live in Europe for one year.
Crnkovich is an emergency and trauma nurse and he is 6’4″ tall. The Omaha native was crowned Mr. Supranational USA 2019 in Los Angeles, California, USA on October 27, 2019, besting 12 other candidates.
Source: Conandaily.com, 12/7/2019