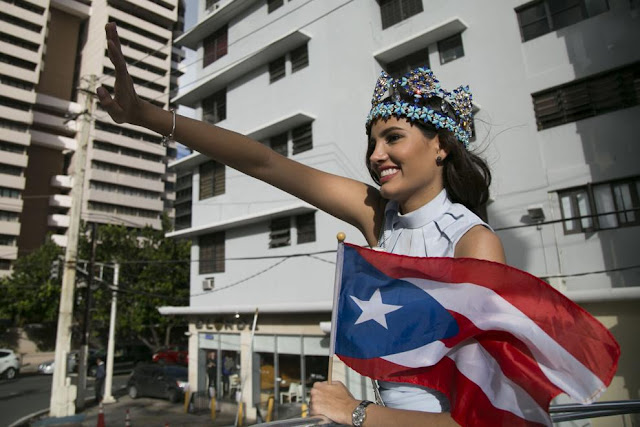 Miss World Ltd. confirms that Puerto Rico will host the international final of Miss World 2021, which is celebrating its 70th anniversary.

The pageant will take place on December 16, 2021 at the Coca-Cola Music Hall, located at the Convention Center District in San Juan.

“It is a great opportunity to be able to promote Puerto Rico, especially during a live international broadcast with an audience of 2 billion people in 100 countries where the island will be highlighted as a prime tourist destination,” said Stephanie Del Valle, Miss World 2016 and coordinator of the Miss World 2021 Final.

Telemundo Puerto Rico has been selected to be the official TV channel to air the Miss World 2021 Final.

In conjunction with the Puerto Rico Tourism Company, the Miss World 2021.

Final will draw international attention to the island, reactivating the tourism industry. It is estimated that Puerto Rico as a tourism destination will get close to $150 million worth of non-paid publicity and increased awareness through news coverage on television, digital platforms, and print media as well as gain destination branding for the island.

Also, the Miss World 2021 pageant will produce approximately 3,800 hotel nights from the contestants and pageant staff during a one-month period and an additional 10,000 room nights during the last week from fans, families, and franchise holders.

It’s the first time the Miss World Final will be held in a Spanish-speaking country and Puerto Rico has been awarded this great honor. The president and CEO of the organization, Julia Morley, appointed Del Valle through her foundation, Reignite Puerto Rico, to lead the negotiations for the 2021 event. Reignite Puerto Rico was created to attract events of economic impact for Puerto Rico and to help major social causes on the island.

For Morley, the competition is a festival of women empowerment and its main purpose is to help incredible charities around the world. This is why the heart of the pageant is known as “Beauty with a Purpose.”

Del Valle is the Miss World who has raised the most money during her reign for “Beauty with a Purpose” foundation that represents Miss World Ltd. After handing over her crown, Del Valle was hired for two additional years as the “Beauty with a Purpose” Ambassador for the organization. She has been the only Miss World winner with this special distinction. Through this experience, Del Valle has benefited from the opportunity to train with the organization in everything related to the production and realization of the event.

In the past 69 years, only 15 Latinas have managed to win this prestigious British competition. Among the winning countries include six-time winner Venezuela, Puerto Rico, with two title holders, as well as Peru and Argentina. The Dominican Republic, Brazil, and Mexico have had one winner.

All of the previous title holders of the event will be invited to the 70th anniversary and Miss World 2021 Final. Around 120 contestants are expected to participate in the event held in Puerto Rico from November 19 to December 17, 2021. There will be six mini competitions – talent, sports, Top Model, multimedia, Beauty with a Purpose, and the Head-to-Head challenge - the winners of which have the opportunity to enter directly into the group of semifinalists.