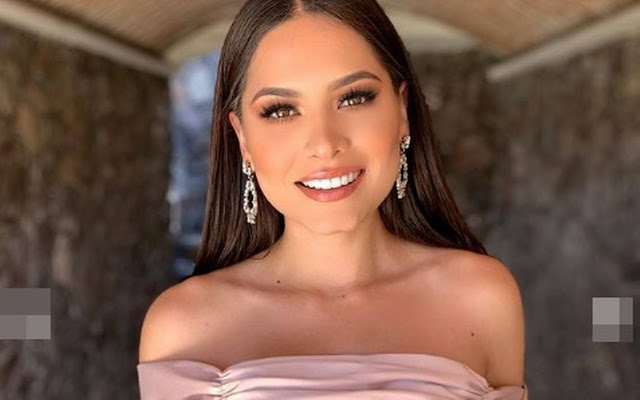 The current Miss Universe Andrea Meza will crown her successor in Israel on December 13. / Glamstar News

“Israel will be the theme of the show,” she said in a recent phone interview from Tel Aviv. While plans for the 70th Miss Universe pageant are not yet final, she said the contestants would tour the country and she hoped clips of their visit to such locations as the Dead Sea and Jerusalem would be incorporated into the broadcast. “Israel is a small country but so diverse.”

The pageant taking place in Israel will not be the event’s only first, she said. Another new development is that there will be a contestant from the United Arab Emirates for the first time, as well as one from Morocco for the first time in decades. The final list of contestants will be released in November, Shugart said.

Due to the pandemic, the competition has changed in a number of other ways. While normally, a pageant is held annually, the 69th competition, which was set to be held in May 2020, was postponed for a year. Andrea Meza of Mexico, the reigning Miss Universe, will only have served about seven months when the competition is held in December, which is an unusual situation. But Shugart said Meza understood that holding a new pageant this December is a “first step into the new normal” and that she did not mind.

One of the reasons Israel was chosen was due to its health policy in combating the coronavirus, notably its success with the vaccination campaign. “We decided if we were going to hold the competition outside of the US, it would be in a country that has handled the virus well,” she said.

This year’s pageant will have a “green agenda,” Shugart said. “Global warming and climate change are important to all the contestants.”
Shugart is used to being asked whether Miss Universe is still relevant in the MeToo era and whether it promotes sexism, and questions on this topic do not faze her. When people call the pageant sexist, “I challenge them to meet the women who are involved in it. It’s about personal growth and pushing yourself out of your comfort zone to become more confident and meeting people your own age from around the world.”
Once people get to know more about the competition, she said, “they always come away impressed.” She noted that the women who compete are very accomplished and said many have gone on to careers in medicine, law and politics, including Israeli lawyer Rina Mor-Goder, who, as Rina Messinger, was crowned Miss Universe in 1976. Gal Gadot, who was Miss Israel in 2004, competed in the Miss Universe pageant of that year.
More details about this year’s competition will be announced in the coming weeks.
Source: The Jerusalem Post, Oct. 26, 2021