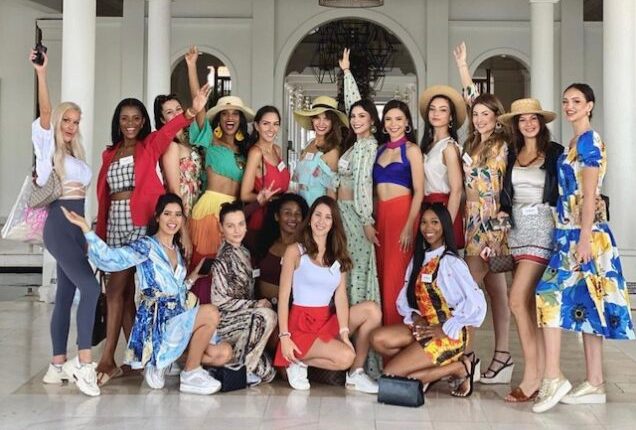 On its official Facebook page moments ago, the Miss World Organization announced a new date for the 2021 finals.
Contestants from around the world will compete on March 16, 2022, for the coveted crown at Puerto Rico Coliseum Jose Miguel Agrelot.
SAN JUAN, Puerto Rico - The Miss World Organization is pleased to announce March 16, 2022, as the rescheduled date for the Miss World 2021 global telecast and its 70th anniversary finale live from the Puerto Rico Coliseum Jose Miguel Agrelot!
“We are so excited that we are staying in Puerto Rico to crown the new Miss World!” said Julia Morley, president of Miss World Ltd. “We have been overwhelmed by the support of the people here! The countdown and final planning has begun. Our team is thrilled that we will show all the wonders that Puerto Rico has to offer as a premier tourism destination to the entire world. We love Puerto Rico.”
Contestants from around the globe will return to the Isle of Enchantment to compete for the coveted Miss World crown in March. The pre-recorded content that has been taped throughout Puerto Rico during the past 4 weeks demonstrating its rich culture, beautiful landscapes, beaches and, most importantly, the warmth and friendliness of the people will be broadcast internationally during the finale.
“The filming in Puerto Rico has been exceptional -we have spectacular content to share with the world,” added Morley.
Miss World Final Show details will be announced soon.
Tickets that were purchased for the December 16 event, which was postponed due to the COVID-19pandemic on the island, are being honored for the rescheduled date. All refund requests must be handled directly with Ticketera.com.
Visit www.ticketera.com or the Miss World digital platforms to receive updates when tickets go on sale for the rescheduled show.
Miss World is the oldest and most prestigious international pageant, created in 1951. Annually, this event selects the woman who best represents the organization’s values. The new Miss World becomes the image of the organization that supports different social and charitable causes around the world.
It’s the first time the Miss World Final will be held in a Spanish-speaking country and Puerto Rico was awarded the honor.
In the past 69 years, only 15 Latinas have won this prestigious event. Among the winning countries are Venezuela, with a total of six crowns, Puerto Rico has two crown winners, as well as Peru and Argentina. The Dominican Republic, Brazil and Mexico have one crown winner each. The two winners from Puerto Rico are Lady Wilnelia Merced Forsyth, Miss World 1975, and Stephanie Del Valle, Miss World 2016.