On January 21, 2022 via its official website, the Miss World Organization announced the remaining 25 quarter finalists that have been selected and invited to return to Puerto for the 2021 finals to take place in March,

The finals was supposed to have taken place last December 16, but due to the surge of COVID-19 cases that included over 30 delegates and staff, the finals was postponed until March. 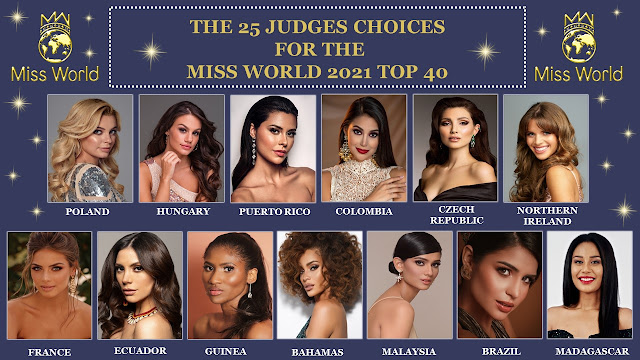 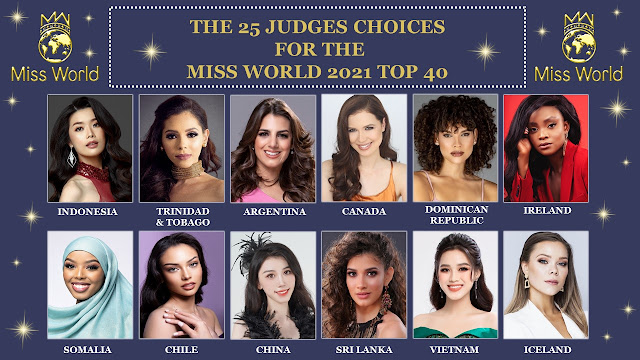 Julia Morley and her Miss World team would like to take this opportunity to thank all of the contestants from the 97 countries that have contributed so much to this year's event. We are sad that you cannot all return for the finale, but we really hope that every country will join with us online on March 16th. (Details for these arrangements will follow).

All 97 Miss World Contestants will be featured in the broadcast of the 70th Miss World Final, which will air 8pm - 11pm ET on March 16th live from the Coliseo De Puerto Rico José Miguel Agrelot.