On March 17, 2022, former Miss France Delphine Wespiser, who competed in Miss World 2012, appeared on the popular French TV show, "Touche pas à mon poste," where she claims that the rich parents of Shree Saini, the American representative to Miss World 2021, had bought her first runner-up placement at the pageant whose finals took place in Puerto Rico on March 16, 2022. Click banner to go to the link. 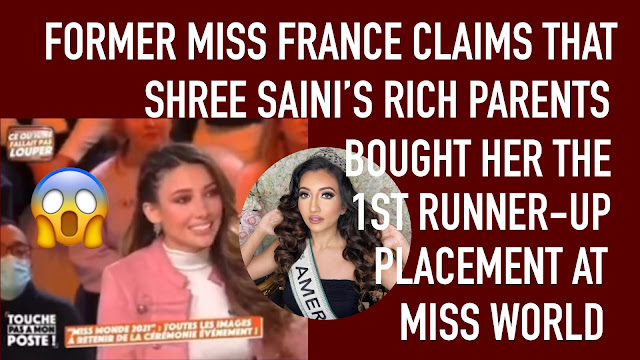