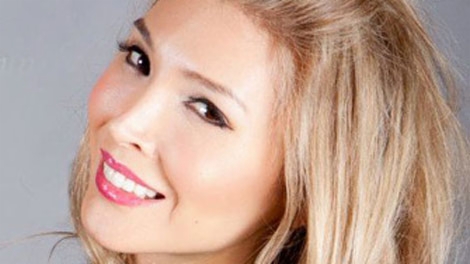 A woman who was set to represent B.C. in the Miss Universe Canada competition has reportedly had her photos and profile scrubbed from the pageant's website – shortly after news surfaced that she is transgendered.
Vancouver resident Jenna Talackova (photo above) made blog headlines last Tuesday when it was discovered the 6-1 tall blond, who was named among 65 Miss Universe Canada finalists, had undergone sexual reassignment surgery.
Her inclusion was applauded by many online but drew scorn from some who argued beauty pageants should be for "naturally born" women only -- language widely considered to be prejudiced and derogatory in the transgendered community.
Within days, the 23-year-old had vanished from the pageant site, according to numerous online reports. Miss Universe Canada, owned by Donald Trump, has yet to issue a statement about Talackova or respond to requests for comment.
Talackova told ctvbc.ca Friday that she won't be speaking out about her situation until she consults a lawyer, but tweeted earlier she had been "disqualified."
The pageant's contestants page still contains 65 profiles, suggesting Talackova's spot has been filled by another woman.
The Miss Universe Canada application indicates contestants must be Canadian citizens between the ages of 18 and 27 to compete. It says nothing about having undergone cosmetic surgery.
Facebook users posted messages of protest last Thursday on the official Miss Universe Canada group, urging the organization to allow Talackova to compete and questioning her sudden disappearance.
Talackova has previously represented Canada at Miss International Queen, a transsexual beauty pageant in Thailand, where she placed as a finalist.
In an interview posted on YouTube, she describes herself as having identified as a woman at four-years-old, beginning hormone therapy at 14. She had her reassignment operation at 19.
SOURCE: CTV News, 3/23/2012