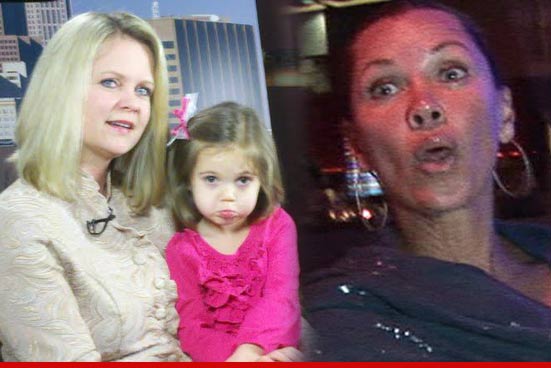 Those in glass houses shouldn't throw stones ... especially when that house is an abortion clinic ... so says a "Toddlers & Tiaras" mom who's pissed Vanessa Williams went off about pageant parents in a recent interview.

FYI -- Williams recently appeared on "Anderson" and when asked about the child pageant world said, "When the child is screaming and saying, ‘I don’t want to do this. I don’t feel like doing it.’ When they are using special juice to get them hyped ... that’s not my world and I would never have my kids do that.”

The comments didn't fly with "Tiaras" star  Wendy Dickey - aka Paisley's mom -- who says she was personally offended ... and lashed back:

"Posing nude and having an abortion is 'not my world' and I would never have my kids do that ... so easy on the judging Vanessa!"

Dickey is clearly referring to the revelations Williams makes in her new book -- in which she admits she got an abortion in high school ... and explains how she appeared in Penthouse.